Russia and Ukraine failed to strike an interim gas deal in Brussels on Tuesday, with both sides holding out for guarantees on payment and price.

European Union negotiators, however, are hoping for an agreement next week.

After hours of talks, efforts to resolve a natural gas pricing dispute between the neighboring countries proved fruitless, but there was at least a draft accord.

Speaking through an interpreter, European Union Energy Commissioner Guenther Oettinger told reporters he hoped an interim agreement would be sealed in Brussels next week.

“We have made some important progress, and thanks to goodwill [by] all of the partners, we hope we will reach an agreement on an interim package for Ukraine,” he said. “We’re looking for a solution to provide gas supply security in the European Union, the Western Balkans and, of course, for Ukraine.”

Russia’s state-run company Gazprom stopped gas deliveries to Ukraine earlier this year over a pricing and debt disagreement, amid an ongoing insurgency by pro-Russian separatists in eastern Ukraine.

The fighting has also sunk European and Russian relations to lows not seen in years. Moscow denies any role in the insurgency.

Roughly one-third of Europe’s gas supplies is piped from Russia through Ukraine, and the EU fears the ongoing dispute could lead to supply cuts during the winter months.

In Milan last week, the presidents of Ukraine and Russia sketched the broad outlines of a deal, but their energy ministers failed to lock in the details Tuesday.

Russian Energy Minister Alexander Novak said Ukraine and the EU failed to offer guarantees that Ukraine can pay its November and December gas bills — and its past debts.

“Ukraine should pay, before gas deliveries, $1.45 billion,” he said. “This is for the arrears. So this amount is the debt. The minimal amount. And then the current supplies should be in advance — payments for November.”

Ukraine has asked the EU for an additional $2.5 billion loan, on top of a $14 billion aid package the 28-member bloc has already agreed on.

That would help Kyiv meet Gazprom’s demands that it pay all its past debts — totaling more than $3 billion dollars — by year’s end. 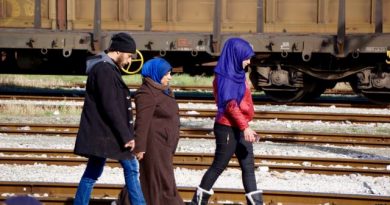