Bulgaria’s Supreme Administrative Court decided on October 23 to refer to the Constitutional Court various complaints related to the October 5 elections, including against the conduct of the vote in Turkey.

The nationalist Patriotic Front has lodged an application for the invalidation of the vote in Bulgaria’s parliamentary election in Turkey, alleging that there were numerous irregularities.

In Bulgarian elections, Turkey is a stronghold for the Movement for Rights and Freedoms, the party led and supported in the main by Bulgarians of Turkish descent.

The Patriotic Front, made up largely of the National Front for the Salvation of Bulgaria and the VMRO, alleged that the election process in Turkey saw numerous violations of election law and Bulgaria’s constitution, bad organisation, lack of preparedness of election commissions.

Alleged irregularities in places include no guarantee that people voted only once, people voting without the required identification documents and unrealistically high numbers of votes.

Separately, another complaint is from five candidates, from GERB, the BSP, Patriotic Front, BWC and Nova Bulgaria, who are applying for the invalidation of election results in Kyustendil, where controversial figure Alexander Metodiev, known as “Bat Sali” was returned for the Movement for Rights and Freedoms in spite of getting just a few hundred votes.

The Constitutional Court will also hear an application from three parties, none of which had candidates elected, that want the entire October 5 election overturned.

On October 23, daily Sega reported, quoting the District Prosecutor’s Office in Haskovo, that three people had been arrested for vote-buying.

Two of those taken into custody are from Svilengrad and the third from Haskovo.

The arrests were linked to a search of the offices of a security company and the seizure of documentation, records of votes bought, personal data of individuals and computer flash memory sticks. During a search of a car, 50 000 leva in cash was found.

The prosecutor’s statement did not identify for which party the three allegedly had bought votes.

So far three people have been convicted of vote-buying. All three were sentenced to probation following an agreement with prosecutors. The three found guilty all were buying votes for the Movement for Rights and Freedoms. 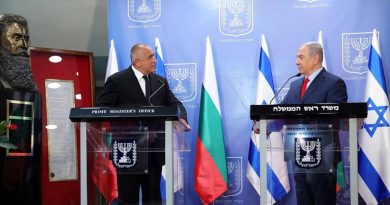