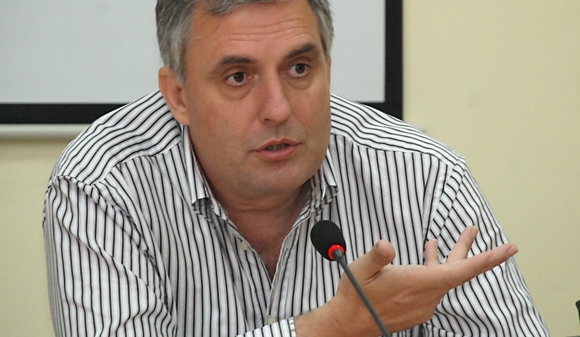 Bulgaria’s minority socialist ABC party cannot participate in a centre-right coalition, negotiator Ivailo Kalfin said after talks with election winner GERB, and while the talks were described as “constructive” with agreement on front-burner topics, other policy differences remain.

While ABC could not support a centre-right coalition government, it could support individual policies.

This emerged as Kalfin addressed reporters along with GERB negotiator Roumyana Buchvarova on October 23 after second-round talks between the two parties. 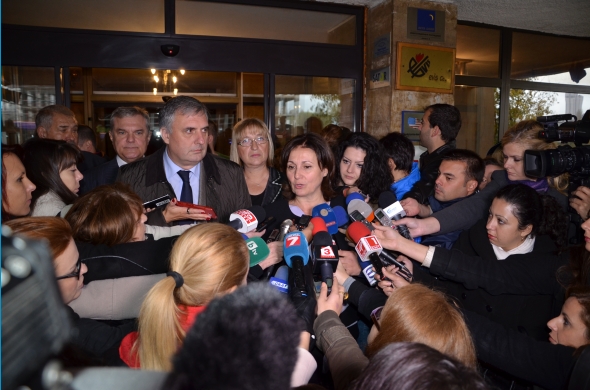 GERB won 84 out of 240 seats in Bulgaria’s 43rd National Assembly at October 5 early parliamentary elections and is seeking partnerships and support for a coalition government. ABC, which has 11 seats, was among four other parties chosen by GERB for second-round talks.

The parties agreed on front-burner issues such as the need for financial stability, the case of Corporate Commercial Bank, and effective use of EU funds.

GERB and ABC also agreed on a Euro-Atlantic orientation in foreign policy while adding that this should not spoil the traditional relationship with other countries such as Russia.

A further issue on which the two parties agreed was on the development of nuclear energy, but under transparent and clear conditions.

However, GERB and ABC disagree on the tax system, with ABC wanting to eliminate the flat tax system in favour of a progressive one, a matter on which GERB strongly disagrees. ABC wants to introduce a heritage tax, financial transactions tax and restrictions on offshore companies.

He said that the two parties had differences over amendments to Budget 2014 but said that this issue was yet to be examined at “expert” level.

“We have differences over the social measures which are connected with the winter season. According to us, the budget amendments that are to be tabled for debate in Parliament should provide Christmas allowances for pensioners,” Kalfin said.

He said for ABC, negotiations were not over. ABC would support a coalition that included GERB and the Bulgarian Socialist Party, but could not support a centre-right coalition.

“A centre-right coalition is not something that ABC would likely join, but that does not mean
that we will not support individual policies,” Kalfin said.

Buchvarova said that GERB would rely on ABC’s support “about all the important things in the country”.

After the meeting with ABC, GERB negotiators held second-talks with nationalists the Patriotic Front. Talks with the Reformist Bloc recommenced on October 21. It is not clear yet when second-round talks will be held with the Bulgarian Socialist Party.

Bulgarian President Radev: I will uncompromisingly defend the rights, interests and dignity of the people