Bulgaria’s second city Plovdiv will allow buskers on its main street only if they can show a diploma in music education, the municipality has announced, saying that it is copying the requirement from cities such as Los Angeles, Milan, Madrid and Vienna.

Licensed street musicians will be issued with stickers that they will have to display.

Plovdiv made the move because of its status as the Bulgarian city that will be European Capital of Culture in 2019.

The city council has divided the city into three zones regarding busking, decreeing the main shopping street and the historic Old Town as “zone A” where only qualified musicians will be allowed to perform.

Georgi Marinov, head of the public policy and crisis management division at the municipality, told public broadcaster Bulgarian National Television that “I would not say that the requirements are stringent” but were intended to ensure that only those who really could perform properly would entertain visitors to and residents of the city.

Those who are not formally qualified musicians but who have taken part in competitions and musical events will be able to perform in “zone B”, which covers the Tsar Simeon garden and Central Square.

All the rest may perform in “zone C”, which essentially is the rest of the city. However, for all three areas, buskers must have badges with photographs.

Georgi Dimitrov, popularly known in the city as the “Mozart of Plovdiv”, said that he agreed with the new requirements, saying that they would prevent squabbles among rival street musicians.

(Photo: Tatyana Doncheva, leader of political party Movement 21, gave an impromptu performance in Plovdiv during the 2014 election campaign. Should political veteran Doncheva, who did not make it into the 43rd National Assembly, wish to apply to busk in Plovdiv’s “zone A”, she should theoretically be eligible – she has musical education.) 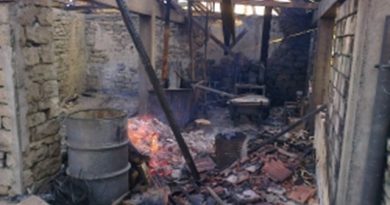