Sofia Court of Appeals has upheld the sentence given to Oktai Enimehmedov, the man seen pointing a gas pistol at the head of Ahmed Dogan at a Movement for Rights and Freedoms congress on January 19 2013, to three and a half years in jail for threatening to murder Dogan.

The appellate court said on October 23 that it upheld the ruling of the Sofia City Court, handed down on February 26 2014, which acquitted Enimehmedov of attempted murder, saying that this charge had not been proved.

Prosecutors argued that Enimehmedov had intended to murder Dogan, and asked for Enimehmedov to be jailed for 17 years. The prosecutor’s office can appeal the sentence at the Supreme Court of Cassation, the court of final appeal in Bulgaria, within 15 days of the appellate court’s ruling. 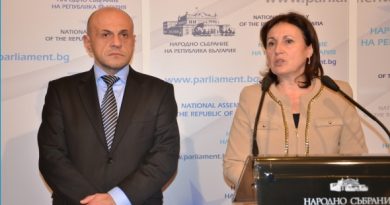