Sofia City Court has sentenced Oktai Enimehmedov, the man seen pointing a gas pistol at the head of Ahmed Dogan at a Movement for Rights and Freedoms congress on January 19 2013, to three and a half years in jail for threatening to murder Dogan.

The court said on February 26 2014 that the sentence should be served at an open prison. It also fined Enimehmedov 7487 leva. Enimehmedov was found guilty of charges of violating public order and pointing a firearm with criminal intent.

The court acquitted Enimehmedov of attempted murder, saying that this charge had not been proved. 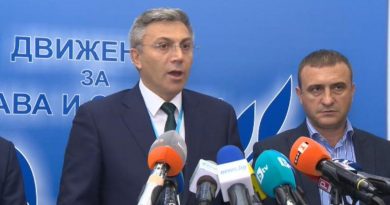 Bulgarian-Turkish border fence to be completed ‘within days’ – minister