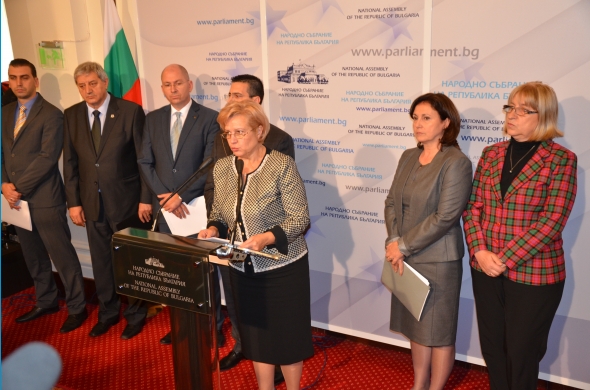 Earlier, in spite of its posture of being anti-Borissov, BWC had indicated a day ahead of the scheduled talks that it was willing to give up many of their “justifiable demands” for the sake of a stable government and Parliament.

After the October 17 meeting, the fifth consecutive day that the GERB negotiating team has met individually other political parties in the new National Assembly, GERB negotiator Roumyana Buchvarova said that the party had not received sufficient assurances that the BWC team was ready to put forth a common political position.

GERB negotiator Menda Stoyanova said that the team had been bothered by BWC’s willingness to depart from its election promises.

Although the meeting had been meant to discuss the 18 policy priorities of GERB, it had dealt with only four. Of these, on only one was there agreement – the continuation of the Euro-Atlantic orientation of Bulgaria.

Stoyanova underlined that the differences on the other three were “serious” and “significant” on issues such as financial and fiscal policies.

The meeting with BWC was significantly shorter than those with the other four parties.

Speaking for the BWC negotiators, Roumen Yonchev said that they had expected “much more serious programme development” by GERB before a decision could be made whether to support a GERB government.

BWC negotiator Svetlin Tanchev said that the party had tried consensus and compromise, but it seemed that GERB did not need their help.

The BWC October 16 statement said that the team was going to the talks with the sincere wish to see a future government have the broadest possible parliamentary support for vital reforms.

Barekov, who has decided to remain an MEP rather than take up a seat in Bulgaria’s National Assembly, told reporters in Brussels on October 15 that BWC was not a one-man formation and it was possible that the negotiators might decide that BWC would take part in a coalition government without co-ordinating this decision with him.

Asked whether BWC would support a government in which it did not have members, Barekov said this depended on who the ministers were.

It was seen as likely that the talks with Ataka either would not be held or would be over as soon as they started.

At a meeting earlier this week between President Rossen Plevneliev and representatives of all political parties elected to the new Parliament, Siderov demanded that proceedings be televised live. When this was declined, Siderov walked out. The Ataka leader has signalled that he will make the same demand regarding the meeting with GERB.

Live broadcasts of the talks that began on October 13 have not been part of the format, which has been for the three GERB negotiators to sit down with their counterparts for discussions behind closed doors at a meeting room in Parliament, and then for both teams to emerge for a joint news conference broadcast live on Bulgaria’s public broadcasters.

A further open question is a GERB-ABC meeting, with Purvanov some days ago having said that there was a lack of clarity about what the purpose of the meeting would be.

Overall, on the face of it the situation would appear to be that GERB has not mustered sufficient overt support for a coalition government.

Talks with its politically most compatible coalition, the Reformist Bloc, ended inconclusively and it is unclear whether any progress will be made.

GERB has said that it does not want the Bulgarian Socialist Party and Movement for Rights and Freedoms as part of its government, and well before the meeting with BWC, effectively distanced itself from Barekov’s party.

The only coalition so far to indicate willingness to sign a deal with GERB, pending further talks, was the nationalist Patriotic Front. GERB’s 84 MPs and the Patriotic Front’s 19 do not add up to a number sufficient for a parliamentary majority in the 240-seat National Assembly.

However, all of this may change as engagements, perhaps out of the public eye, proceed ahead and after the scheduled first sitting of Parliament on October 27.

Further, there is theoretically nothing to prevent a minority government being voted into office with parties not formally supporting it nonetheless extending what in Bulgarian political parlance is termed a “credit of confidence”. 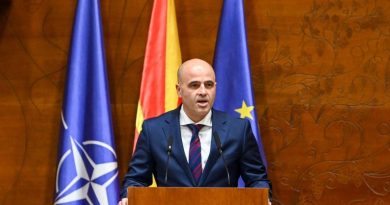