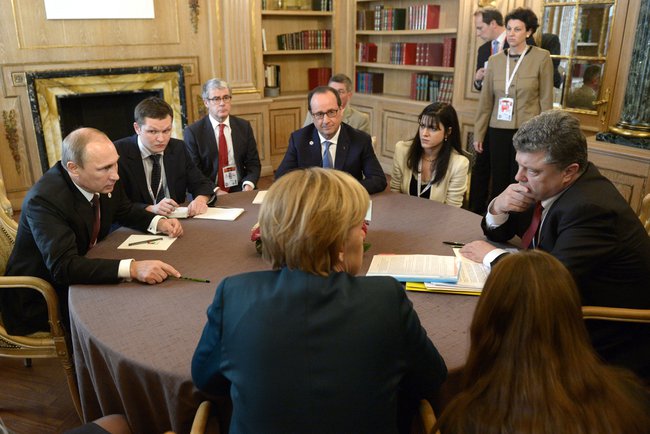 A high-stakes meeting between the presidents of Ukraine and Russia ended Friday with few outward signs of progress in ending a months-long pro-Russian separatist rebellion in eastern Ukraine.

However, Russian President Vladimir Putin told reporters at a summit in Milan that a deal had been reached  – “at least for the winter” – to restart the flow into Ukraine of Russian natural gas.  He did not elaborate.

Moscow stopped gas shipments to its energy dependent neighbor in June over what it says are nearly $5 billion in unpaid gas bills. Putin, speaking after talks with Ukrainian counterpart Petro Poroshenko, urged European countries to help the Kyiv government pay off the debt.

Putin repeatedly referred to the embattled Ukraine region near the Russian border as Novorossiya, or New Russia, while again rejecting Western charges that the Kremlin has fueled the six-month rebellion with troops and weapons.

Officials close to the talks reported some progress on monitoring a porous demarcation line that was agreed on last month to separate pro-Russian rebels from Ukrainian forces.  The leaders of Italy, France, Germany, Ukraine and Russia agreed on the use of surveillance drones to monitor the line.

European Commission President Jose Manuel Barroso said envoys from Russia, Ukraine and the European Union will meet next week in Brussels for new talks aimed at finding an end to the crisis.

“There will be meetings between Russia, Ukraine and European Commission to prepare very important trilateral meetings also between the government of Russia, the government of Ukraine and the European Commission next week in Brussels. So on energy, because this is a critical issue in the relationship between Russia and Ukraine also with a very important impact on all Europe,” said Barroso.

Barroso said that European Commission also “discussed the possibilities of increasing …macro financial assistance” to Ukraine in response to its commitment to reforms.

Earlier Friday, after a sideline meeting between the Russian president and German Chancellor Angela Merkel, the German leader said she “can not see a breakthrough here at all so far.”  She said talks will continue, but said the “main issue” of “continued violations of the territorial integrity of Ukraine” remains unresolved.

Diplomatic ties between Russia and the West hit a post-Cold War low earlier this year over Kremlin support for the separatist rebellion and Moscow’s annexation of Ukraine’s Crimean peninsula.  The annexation triggered the first of several rounds of U.S.-led economic sanctions against Russia.

East-West tensions were further strained in July by the shootdown in Ukrainian airspace of a Malaysian airliner with 298 people on board.  Moscow has repeatedly denied supplying rebels with the Russian missile battery linked to the shootdown. 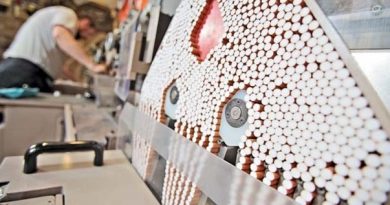