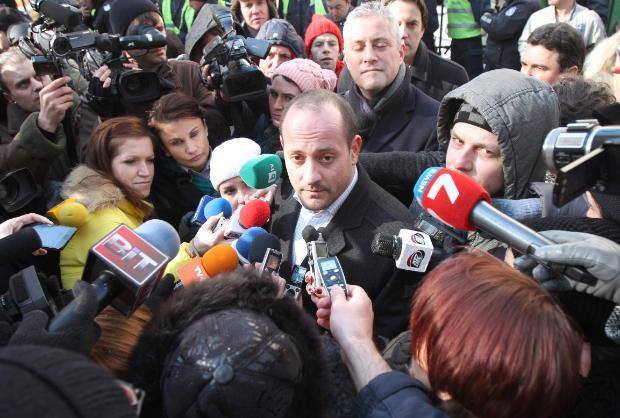 Leaders of Bulgaria’s centre-right Reformist Bloc have agreed on the conditions that must be met for the party to participate in a coalition government and say that the bloc will not support a minority government.

This emerged from statements, including a formal position statement, after leaders of the seven parties that make up the bloc met in Sofia on October 9.

The meeting was held four days after early parliamentary elections saw the bloc win 23 out of 240 seats in the National Assembly. Boiko Borissov’s centre-right GERB won the most, 84, too few to form a government without the support of other parties.

The Reformist Bloc has been seen as the most politically compatible potential partner of GERB but the issue of working with a Borissov government has been the subject of fractiousness within the bloc and of exchanges of sharp words between bloc leaders and Borissov in a war of words fought through the media.

The Reformist Bloc’s first condition is that a future government should not involve parties that supported the “Oresharski” cabinet that was in office from May 2013 to August 14.

Appointed with the mandate handed to the Bulgarian Socialist Party, that cabinet was held in place by the Movement for Rights and Freedoms and with tacit support from far-right ultra-nationalists Ataka.

The Reformist Bloc also insist on a clear programme and a public agreement with an agenda for specific commitments and timelines for reform of the judiciary, health, education, energy, election laws, as well as a guaranteed Euro-Atlantic orientation and opposition to nationalist fundamentalism.

The bloc will not discuss the name of the next prime minister before the programme that will drive the future government is discussed.

Radan Kanev, leader of the Democrats for a Strong Bulgaria, one of the bloc’s constituent parties, said that if the government is formed on the basis of a mandate handed to GERB, it would be the job of that party to ensure that Parliament had a quorum for proceedings.

Kanev said that the bloc would have a unified negotiating position and a unified position on the reforms that it would expect the government to carry out. He declined to comment on the issues of the size of the cabinet, the prime minister or members of the cabinet.

Should the Reformist Bloc’s position against a future government involving parties that supported the previous government be read as meaning the BSP, MRF and Ataka, that leaves – outside GERB and the bloc itself – the only other possible partners or supporters as the ultra-nationalist Patriotic Front, Nikolai Barekov’s populist Bulgaria Without Censorship and Georgi Purvanov’s ABC, the last of which has already indicated it will be in opposition.

A GERB three-member negotiating team headed by former Speaker Tsetska Tsacheva is to begin talks with the other parties with seats in the new National Assembly on October 13.

The meetings are to follow a sequence based on the number of seats won by each, meaning that the first will be with the BSP. GERB plans to hold the talks over seven consecutive days.

Patriotic Front leader Valeri Simeonov, in an interview published by Bulgarian-language media on October 7, said that the front would support only a government with an agreement among the parties on taking the country out of its crisis. Simeonov said that Patriotic Front expected that there would be a minority government because a majority one was “impossible”.

Simeonov excluded working with the MRF, dismissing MRF leader Lyutvi Mestan’s talk of the need for a coalition government based on Euro-Atlantic values as “babbling” and “store-bought crap”.

On October 8, BWC head Barekov said that he wanted the negotiations to end successfully “so that there can be a wide right-centrist majority” with the mandate of GERB and the participation of BWC, the Patriotic Front and “those parts of the Reformist Bloc that want to”.