The European Commission has given Bulgaria an additional month, until July 30, explain irregularities with the awarding of rural development and farm subsidies, public broadcaster Bulgarian National Radio (BNR) reported on July 1.

Should Bulgaria fail to provide satisfactory answers, it could lose up to one billion euro in EU funding, BNR said.

Last month, the head of State Fund Agriculture Miroslav Nikolov sent a letter to Prime Minister Plamen Oresharski and the deputy prime minister in charge of EU funds, Zinaida Zlatanova, warning that Bulgaria could lose 489 million euro in EU funds for rural development and a further 559 million euro in direct subsidies, already paid out between October 2012 and October 2013.

The funds were paid out last year, but an EU audit found irregularities with the public procurement tenders, giving Bulgaria until June 30 to carry out the necessary audits.

The State Fund Agriculture, which is the payments agency for EU funds in the agriculture sector, currently has no contract with an audit firm to carry out the checks because Deloitte’s contract ran out in January and the results of the latest tender to pick an auditor are being challenged in court.

BNR quoted Agriculture Minister Dimitar Grekov saying on July 1 that after meeting with Deloitte, the ministry would meet with the management of the State Fund Agriculture to begin “work on fixing these weaknesses.” He said that the ministry had been given assurances that the July 30 deadline could be met.

Grekov also said that he would ask for the resignation of the State Fund Agriculture management at the next meeting of the payments agency’s managing board, scheduled for July 3. Should the finance and economy ministries fail to appoint representatives to the managing board, there would be no meeting, which put at risk the payment of 60 million leva worth of subsidies in the short term, he was quoted as saying.

Grekov first announced his intention to demand the resignation of State Fund Agriculture management in June. News website Mediapool.bg claimed that this is an attempt by Grekov, allegedly part of the Movement for Rights and Freedoms quota in the government, to replace the current management of the agency, which has closer ties with the other party in Bulgaria’s erstwhile ruling axis, the socialists. 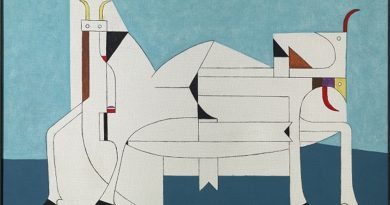