Bulgaria’s Finance Ministry has reported that the consolidated Budget deficit for the first five months of 2014 was 888.6 million leva, or 454.3 million euro, compared to a surplus of 45.5 million leva in the same period of last year.

Consolidated Budget revenues in January-May stood at 11.78 billion leva, roughly 37.9 per cent of the amount targeted for the full year – compared to 11.8 billion leva at the same point of 2013. The Finance Ministry said that the shortfall was because of changed deadlines for state-owned companies to pay their dividend to the government, with that revenue now due later in the year.

Tax revenue collected in the first four months was 9.46 billion leva (38.8 per cent targeted for the year), an increase of 2.7 per cent over the same period of 2013.

Budget spending in January-May, by comparison, rose to 12.66 billion leva, an increase of 7.7 per cent over last year, or roughly 39 per cent of the full-year target. In addition to increased social spending, the government was also spending more EU structural funds, which are part of the consolidated Budget, the Finance Ministry said.

Bulgaria’s cabinet targets a Budget deficit of 1.8 per cent in 2014, but the European Union’s rules allow member states to run deficits of up to three per cent – in Bulgaria’s case, about 2.4 billion leva, a figure that the government is well on track of reaching – before triggering the bloc’s budget monitoring system and excessive deficit proceedings.

In previous years, sluggish revenue in the first quarter was usually offset by a big boost from income tax receipts in April, but this was not the case this year, when the surplus in April was only 9.5 million leva, compared to 509.2 million leva in April 2013.

This was doubly surprising given that this year’s April figures should have received an additional boost because the self-employed and practitioners of liberal professions were also required to pay their taxes for the last quarter of 2013 in April, as opposed to the end of the year, as was the practice previously.

But there was no such bump – mainly because of the increased social spending of the Plamen Oresharski government, while revenue collection remained roughly unchanged, the government’s critics say. 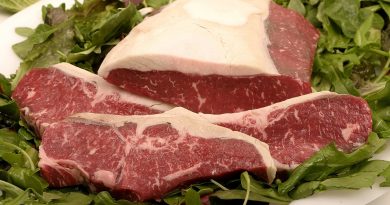