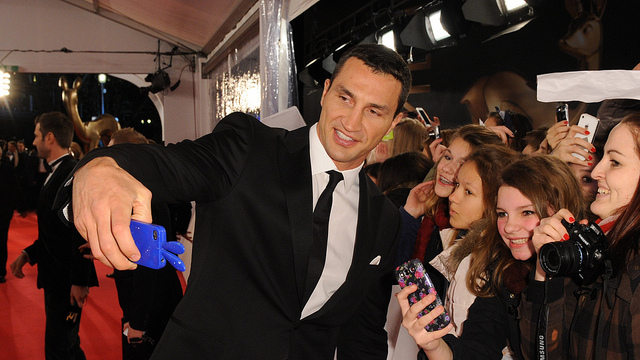 Bulgaria’s Koubrat Pulev, who will fight Ukrainian heavyweight champion Wladimir Klitschko for the IBF title in September, has asked his opponent to undergo doping tests during training.

“I am tested for banned substances at least six times a year. I must always be available and notify where I am staying and where I can be found at any moment. Why is this not true for Wladimir Klitschko? That would be only fair,” Pulev told German news agency DPA.

Pulev’s coach, Otto Ramin, is also quoted as saying that as an ambassador for Germany’s anti-doping agency, Klitschko should volunteer for doping tests during his training.

Pulev, nicknamed “the Cobra”, has made no secret of his desire to fight Klitschko, even going as far as to suggest that the Ukrainian was “afraid” to fight him.

After Klitschko defended his WBO world title against Australian challenger Alex Leapai in April, the IBF said that he would be stripped of his title if he did not fight Pulev next. The Bulgarian described the announcement as a belated birthday present, coming as it did shortly after Pulev turned 33.

(Klitschko, for his part, was reported to be interested in fighting Canada’s Bermane Stiverne for the WBC crown vacated by his brother Vitali – who has since gone into politics and become mayor of Kyiv – to hold all four major heavyweight titles.)

Last week, K2 Promotions won the purse bid to gain promotional control of the fight, outbidding Sauerland Event, Pulev’s promoter. The title bout has been scheduled for September 6 at the O2 World arena in Hamburg, Germany.