Grigor Dimitrov starts the European clay-court season in Monte Carlo, where he is defending points from last year’s run that saw him reach the quarters, with a new career best ATP Tour ranking of 14th in the world.

Dimitrov was one of several players to benefit from Spaniard Tommy Robredo’s four-place drop in the ATP rankings announced on April 14, even though his most recent involvement in an official match was on the first weekend of April, when he helped Bulgaria’s Davis Cup team keep its place in the Europe/Africa zone group 2, with no ATP ranking points at stake.

This could be a welcome boost to Bulgaria’s top tennis player, who now has to defend points from his best career performance in a Masters tournament to date – a quarterfinal in Monte Carlo, where he pushed Rafael Nadal to three sets (the only player to win a set off Nadal in the tournament before the Spaniard lost the final to Novak Djokovic).

Unlike last year, when Dimitrov was not seeded, this year he starts with as the 12th seed and will play Spain’s Marcel Granollers, the world number 32, in the first round on April 15. The two have met only once on the ATP Tour, with Granollers winning their first-round match in Montreal last year; Granollers also won their other meeting, on the ATP Challenger Tour in Segovia in 2009.

Should he make it that far, Dimitrov’s most likely quarterfinal opponent would once again be Nadal, although a possible date with sixth-seed David Ferrer in the third round looks tricky (Dimitrov has won only one of four meetings against Ferrer, but that was their latest one, in the final in Stockholm last year, which gave the Bulgarian his first career title).

On the women’s side, Tsvetana Pironkova lost in the second round in Katowice last week, but that was enough to climb one spot to 40th in the latest WTA Tour rankings. 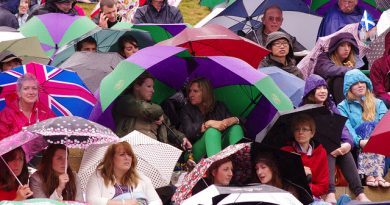