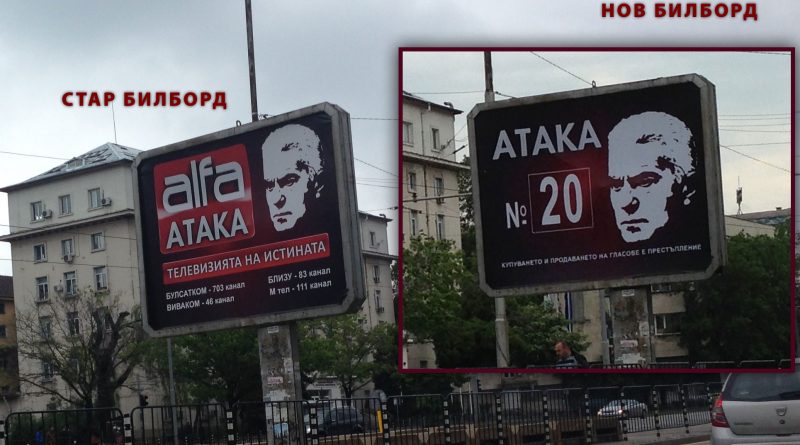 Bulgaria’s far-right ultra-nationalist party Ataka hardly is worth writing about in these European Parliament elections, given that Volen Siderov’s cohorts appeared destined for electoral oblivion.

But Ataka made it into today’s Sofia Globe election campaign notebook for two bizarre tales – one involving a wedding video and other the continuing saga of the billboards.

* Antoanela and Daniel are happily married, since their wedding in 2012, but rather unhappy now. That was after moments from their church wedding turned up, without their permission, in an Ataka election campaign video on television.

The couple want an apology from Ataka and are reported to be considering court action. Ataka expressed regret, but shifted blame to the company that produced the video, which in turn apologised, saying that the “technical error” was caused by the company’s heavy workload.

* Meanwhile, while the Central Election Commission rejected a complaint by the anti-government Protest Network against Alfa Ataka television’s billboards newly featuring a stuck-on number that just happened to match the ballot number of the Ataka party, the billboards have been changed. The changes include the addition of the words mandatory under electoral law, “buying and selling votes is a crime”.

The Protest Network had already announced that it intended to take the CEC decision on appeal to the Supreme Administrative Court.

* Political parties had been registering observers for Bulgaria’s May 25 2014 European Parliament elections, with the Bulgaria Without Censorship (BWC) party led by Nikolai Barekov listing first 146 people and adding a further 160 two days later.

The most active organisation in registering, reports said, was Youth Tolerance, an organisation associated with the Movement for Rights and Freedoms, which now has more than 7500 participants. A number of other organisations also have registered observers.

Bulgarian-language media reports quoting unnamed “experts” said that it was not clear why organisations were registering thousands of people who could hardly be trained and prepared in time for the election day. Suspicions were that “independent” observers were there to assist party supporters at voting stations in small settlements, reports said.

The new Bulgarian Socialist Party-driven election law expanded the powers of observers, who are now entitled to attend all phases of the electoral process. Political scientist Antoni Gulubov of Transparency International said that the introduction of numbered ballots could make it possible for an observer to be able to make a link between the serial number of the ballot and the particulars of a voter, making “controlled voting” possible.

In an interview with bTV, Tsvetozar Tomov of the CEC said that the numbering of ballots could allow for controlling votes in the MEP elections, but only by people with good mathematical skills.

* “A Member of the European Parliament (MEP) cannot promise jobs in their country from Brussels. What the MEPs can do is to raise the issue at European level. Most of the candidates here talk about what they will do when they assume the power in Bulgaria, “said Antoniya Purvanova, leader of the KOD Coalition, speaking on public broadcaster Bulgarian National Television (BNT).
Purvanova said that there were no political debates in Bulgaria but rather populist promises, inter-party fights and personal attacks.

“In these debates we see the lack of information and awareness, as well as European political ignorance. This does not help people get orientated.

“According to me, this manipulation aims at discouraging people, especially the younger voters, who are not from the solid cores of the parties,” Purvanova said.

* Two and a half million Bulgarian citizens are working outside their home country. “Our opponents say that these people have fled because of democracy, but the real reason is the poverty orchestrated by the ‘reds’ which has led to massive bankruptcies,” GERB candidate and sitting MEP Andrey Kovachev said at a meeting with citizens in Varna.

Kovachev said that in his tours around the country, he got the impression that the worst situation was in northwestern Bulgaria : “In these ‘red’ castles, I mean Vratsa , Montana and Bardarski Geran, people want to vote for their own, but do not ask why the continue living in poverty and misery.”

The most important questions that were put to him during the discussion were related to health care, according to a GERB statement.

Kovachev said that if re- elected MEP, he would work actively for access to quality health services for Bulgarians. “It will help people through the European Patients’ Forum. One idea is to develop a strategy for the prevention of chronic diseases , the goal is for it to be implemented by EU funds,” Kovachev said.

* Bulgaria was one of the first countries to recognise the People’s Republic of China, and this was an essential basis for the friendship because China has a rich history and the Chinese nation has a long memory, BSP leader and election candidate list leader Sergei Stanishev said at a meeting with a delegation from the People’s Republic of China, according to the BSP website.

“In the transition years our political, diplomatic and cultural relations have continued successfully. I am delighted by the rapid, dynamic development of your country in the last decades and the consistent solution of a number of problems that always exist in a state, especially of this magnitude,” Stanishev said. 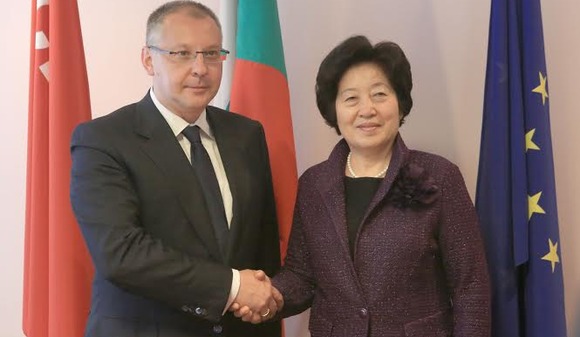 He said that Bulgaria was interested in China being its leading partner in Asia.

“The two parties, the BSP and the Communist Party of China, have a long lasting relationship . Not surprisingly, all the leaders of our party visited the People’s Republic,” Stanishev said.

He expressed hope the personal and political relationships that have been established in both countries, and between the two parties, would extend to economic ones, the BSP statement said. 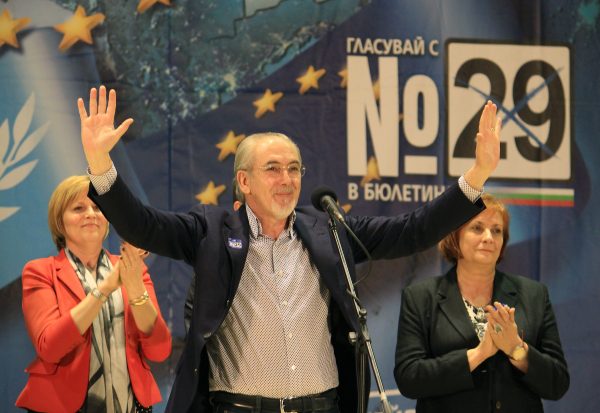 * As of May 20. the Bulgarian Interior Ministry will offer an all-hours hotline for people to report tip-offs about irregularities or possible crimes connected with the European Parliament elections.

“Every single report received at the Interior Ministry will be immediately reported to the prosecutor’s office in charge. The person, who has submitted the alert, will receive feedback. This measure is aimed at guaranteeing transparency,” Interior Ministry chief secretary Svetlozar Lazarov said. 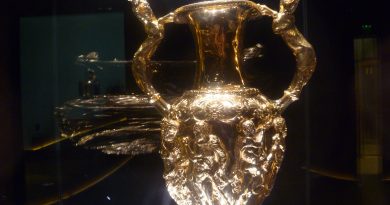