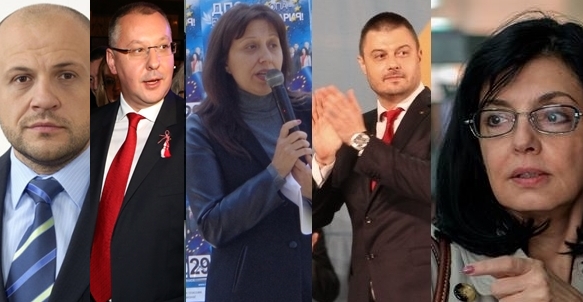 When Bulgaria last held European Parliament elections in 2009, they were followed a few weeks later by scheduled elections for the National Assembly; now, in 2014, many are hoping that the results of the European Parliament vote will force the election of a new National Assembly to replace the current one, discredited in the eyes of so many Bulgarians.

The 2009 campaign for the European Parliament was a half-hearted effort, merging largely into the “real” contest about who would govern Bulgaria.

Back then, it was clear that Boiko Borissov’s centre-right GERB was headed for victory, and Sergei Stanishev – the Bulgarian Socialist Party leader whose detractors are fond of pointing out that he has never, in more than a decade, led the party to decisive victory – seemed to sleepwalk through the campaign.

Now the stakes are different. Stanishev leads the party that has the mandate to govern, even though it ran second in the May 2013 National Assembly elections, but has not reprised his role as prime minister because he has European-level ambitions. Also the leader of the EU-wide Party of European Socialists, Stanishev has placed himself at the head of his BSP MEP candidate list.

The very fact that the first four paragraphs of this article have been devoted to a Borissov-Stanishev contest says something about all that has not changed, in spite of the continuing political turbulence from February 2013 to date. 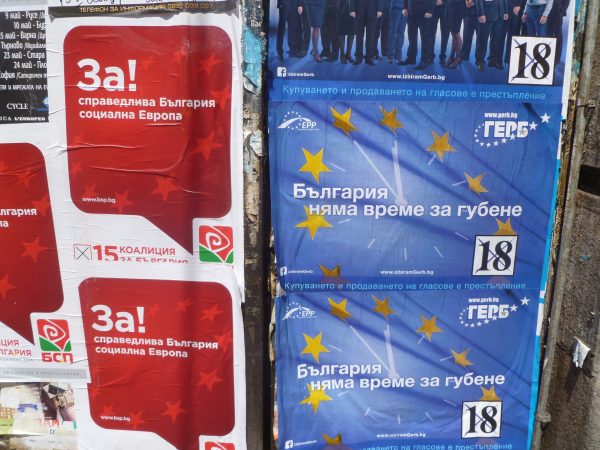 For all the pious talk about the awakening of civil society, the power of street protest so dramatically revived in Bulgaria after being little more than a matter for nostalgia among anti-communists about the glorious days in which a previous catastrophic BSP government was brought down, no real “party of the protesters” has emerged, whatever the degree some parties may pretend to that title.

The party which effectively has its antecedents in the February 2013 “cost of living” protests directed against foreign-owned energy companies and the GERB government, Bulgaria Without Censorship, comes across as nothing more than a well-funded attempt to replicate Borissov’s previous success by hurling lavish populist promises at the less-educated and less-well-off section of the electorate. Even polling agencies that generally lean towards bumping up the supposed performance of the parties of the current ruling axis and that are hostile to GERB hardly see BWC as the mass movement of the imaginings of its leader, former talk show host Nikolai Barekov. 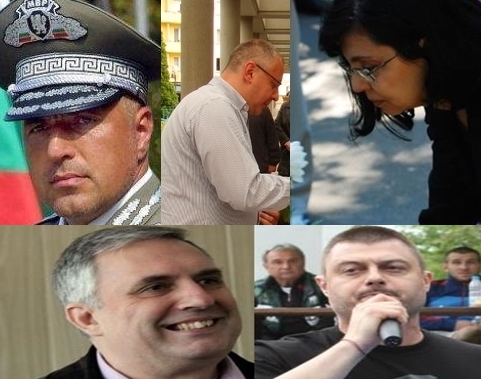 The public protests demanding the resignation of the BSP government, that began in June 2013, may have dwindled but the more reliable pollsters continue to show majority public support for this government to step down, while recording cringingly low approval ratings for the cabinet and, in particular, the 42nd National Assembly.

Yet, in the contest over who will be Bulgaria’s 17 MEPs, there is no single party behind which that mass of public sentiment is united. Notwithstanding ruling axis conspiracy theories that the anti-government protests were paid for by GERB, that party largely stayed away from them, and a belated attempt to publicly associate itself with the daily marches proved something of a kiss of death. Prominent figures in the Reformist Bloc were regularly among the protesters – in the general throng, not leading them – but, going by the polls, this does not seemed to have earned them any decisive dividend.

Thus, with about two weeks to go to the May 25 Bulgarian election of its members of the European Parliament, the now-familiar picture remains: GERB and the BSP vying for first place, the Movement for Rights and Freedoms with its customary place (possibly to be damaged by residence rules that will limit its electorate) and this political season’s parties that are in some ways new and which have an uncertain long-term future: BWC and the Reformist Bloc. 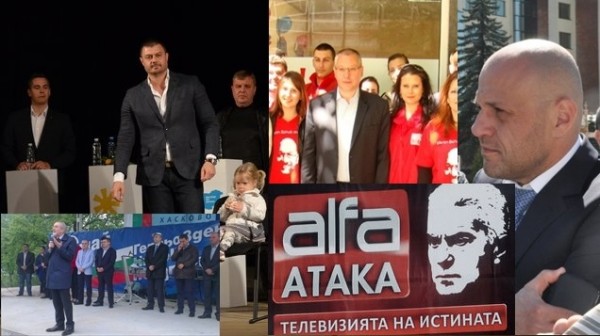 Bulgarian political history is littered with footnotes: Simeon Saxe-Coburg’s party, which went from national predominance to utter failure in just two elections; the Blue Coalition; and various breakaways from governing parties – in this election BASTA (ex-GERB) and Georgi Purvanov’s ABC (it is a matter of dispute whether Purvanov and his main cohorts have been expelled from Stanishev’s BSP).

But there will be no room for footnotes in this May 25 election in Bulgaria. For all the talk of how many parties and coalitions are standing, and the entry of independent candidates, real change to the political landscape has been forestalled by the hastily-scribbled redraft of electoral law under BSP MP Maya Manolova.

It is, not, however just a matter of poorly-done homework that is resulting in the main players on the political scene having a weary familiarity about them. The nexus of business interests that controls the Bulgarian-language media wants anything but real change, or at least any dimunition of the power of the current establishment. 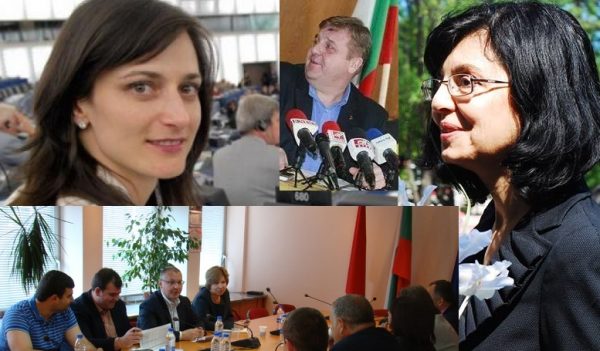 And finally, nor does it help that, in compiling the recent series of daily wrap-ups of the sayings and doings of Bulgaria’s politicians on the campaign trail, it is hard to discern what this election is really about, in tems of issues.

The repeated calls by President Rossen Plevneliev for serious and dignified debate on the real issues related to Bulgaria and its relationship with the rest of the EU have gone largely unheeded. Yes, it is true that one of the most core issues, that of energy, has been the subject of comments by politicians of various stripes in recent days, but much of these comments lack any substance, wafting into empty air like wisps from a leaky gas pipe.

On May 25, 15 parties, six coalitions and a very few independent candidates will be on the ballot papers for Bulgaria’s 6.9 million voters to choose from. The higher the turnout, the more prospective of change. While European Parliament elections usually attract only low turnouts, as happened in 2009, Bulgaria’s voters may be motivated by the prospect of sending a message. Or once again, disillusionment at the lack of a prospect for change may just, in turn, prove a self-fulfilling prophecy, and that change will not come.