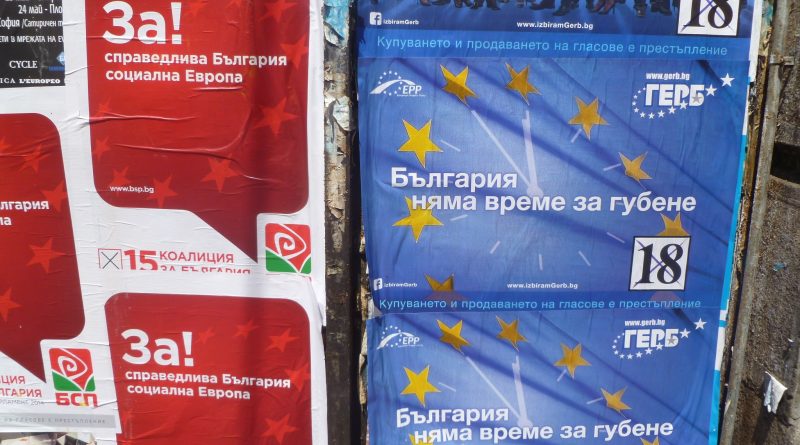 With three weeks to go to Bulgaria’s May 25 2014 European Parliament elections, politicians were on the campaign trail, notwithstanding the special May 1 to 6 special public holiday, exchanging challenges and barbs.

* On May 4, the Movement for Rights and Freedoms (MRF) was scheduled to officially launch its campaign with a rally in the village of Yablanovo in the Kotel area.

The MRF leadership and the party’s candidate MEPs, including list leaders Filiz Hyusmenova and Delyan Peevski, were expected to attend. Local media reports on the afternoon of May 4 said, however, that Peevski had not turned up.

Yablanovo is a traditional location for the MRF to hold political events, including rallies in memory of the victims of the “revival process” in which the communist regime in Bulgaria attempted to force all Bulgarians with Turkish and Muslim names to adopt Slavonic ones. The process led to gross abuses of human rights and a mass exodus of Bulgarians of Turkish ethnicity to Turkey, and is used as a rallying point for the MRF – notwithstanding the party’s two successive leaders both being former agents of communist-era secret service State Security.

The MRF nomination of Peevski continued to be a source of major controversy.

* The anti-government Protest Network, not a contestant in Bulgaria’s 2014 European Parliament elections, sent a letter to the EU-wide Alliance of Liberals and Democrats in Europe (ALDE) – of which the MRF is a member – entitled “14 facts that ALDE should know about their future MEP Delyan Peevski”.

The letter, sent on May 2, asked ALDE’s position on the nomination of Peevski as a candidate MEP. Going by polling agencies, Peevski’s number two position on the MRF list means that he is practically certain to be elected.

In the letter, addressed to the ALDE’s top leadership, the Protest Network wrote, “We believe that the nomination of the 33 -year old businessman, who described himself as a “successful young man” and does not own almost anything according to the official documents, is a symbol of the political degradation and façade democracy in Bulgaria.

“We consider this nomination not only a provocation, but even more – this is the revenge of the current government and its internal and external circles of support against the protesting citizens.

“As citizens, who are protesting since 14th June 2013 for the resignation of the Bulgarian government we would like to remind the facts about Mr. Peevski, which are deliberately omitted by the dependent politicians, journalists, sociologists, commentators and “civil society” organizations.”

* Sergei Stanishev, list leader of his Bulgarian Socialist Party and who is also leader of the Party of European Socialists, told local media that he believed that Peevski had the skills to be an MEP.

Stanishev, whose party was handed a mandate to govern in May 2013 in spite of running second in the National Assembly elections – after first-ranked GERB had no allies with which to form a government – in effect defended the most controversial figure from the BSP’s ruling axis partner, the MRF.

Stanishev also defended Maria Divizieva, who heads the office of prime minister Plamen Oresharski and who has been the subject of media reports alleging that she would face criminal charges over her conduct in office in the previous BSP-led government.

“The presence of Maria Divizieva as head of the prime minister’s office is a great compliment to the government of Oresharski,” Stanishev said.

Stanishev said that he not expect changes soon in the government of Oresharski and also defended health minister Tanya Andreeva, who has been named as likely to face the axe after the European Parliament elections over inadequate handling of controversial issues in health care.

The European elections would not lead to early parliamentary elections in Bulgaria, Stanishev said.

* Boiko Borissov, leader of centre-right GERB, said that the “pseudo-European” Stanishev had put out the “most pathetic videos on TV”.

A BSP television ad campaign shows a character representing the BSP defeating a GERB rival at various pursuits, including chess and boxing.

“He, that talks about a European debate, European behaviour. What a load of crap. Any party can come up with such videos,” Borissov said. “Is this a European debate? We propose that our (list) leaders appear to speak and for people to actually understand, what is the European Parliament, what will they do there.

The real question that Stanishev had to answer, Borissov said, was about record unemployment. “But that’s not what the current campaign is about, that’s about our elections here.”

* Tomislav Donchev, list leader of the GERB ticket, has sent an open letter to Stanishev challenging him to a debate in the current election campaign.

“On the ninth day of the election campaign, the list leaders of the two leading parties in Bulgaria, which also represent the two major political families in Europe, have not yet entered into a direct debate to offer voters our main ideas in the philosophies of government of GERB and EPP on the one hand, and on the other, the BSP and the PES . “This has happened in spite of my willingness to conduct a public dialogue with you, which I expressed already when I was nominated as GERB list leader,” Donchev said.