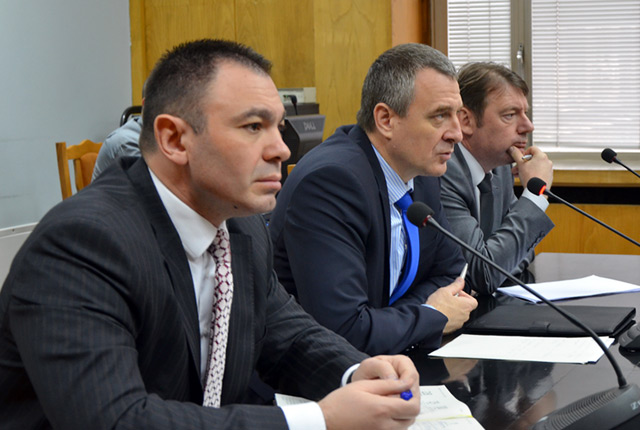 A counter-terrorism centre is to be set up within Bulgaria’s State Agency for National Security, Interior Minister Tsvetlin Yovchev said after a cabinet meeting on April 30.

The centre will co-ordinate the activities of all institutions against terrorist threats and ensure the security of internet data in particular after the implementation in Bulgaria of e-government, according to Yovchev.

In Bulgaria, the advent of e-government has been much spoken of but little genuine progress has been made. Briefly, at the time of the caretaker cabinet from March to May 2013, there was a minister specifically in charge of the issue, and President Rossen Plevneliev has been an arch-advocate of bringing in e-government, but apart from that progress under recent governments has been glacial.

At the April 30 cabinet meeting, a roadmap for e-government in the period until 2015 was adopted, which the governnment claims will see the linking of administrations’ databases to ease the administrative burden on individuals and businesses.

Yovchev said that the counter-terrorism centre would work 24 hours a day, seven days at week and a team of what he described as experts would visit the United States in May, “to learn from the best there,” according to a report by Bulgarian National Radio.

The interior minister said that if a tip-off came in “no matter what hour of the day”, this required checking by more than one institution and joint action. The centre, he said, would be the co-ordinating unit, making it possible for there to be interaction among institutions, exchange of information and joint co-ordinated action.

Yovchev said that all of this would cost more money, but establishing and running such a centre was worth it in terms of guaranteeing the security of Bulgarian citizens, he said.

The concept for the centre would be completed within two months, according to Yovchev.