Viewership statistics for The Sofia Globe as at October 8 2020 show that our daily news website has had as many views at this point in the year as in the full-year figures for 2017, 2018 and 2019 combined.

Daily views of the site now average five times the figure for 2017.

This year’s record rise comes against a background of the previous records set, as 2019 saw viewership figures increase more than 50 per cent higher than in each year of 2017 and 2018.

The year 2020 has seen a huge boost in readership of sofiaglobe.com as readers flocked to our news website for accurate and timely information about the Covid-19 crisis. This, however, has not been the only factor as readers delved into what is now an archive of more than 19 000 stories online, published since the launch of The Sofia Globe in June 2012.

Unfortunately and in contrast to the steep rise in readership, The Sofia Globe – like the media and many other industries elsewhere in the world – has been extremely hard-hit on the revenue front by the Covid-19 crisis.

One of the strategies implemented to try to ensure the survival of the site – which at this stage, is anything but a given – was to create a page for The Sofia Globe on the Patreon platform.

Becoming a subscriber to the Patreon page of The Sofia Globe has a twofold benefit.

First, by doing so you can help the survival of The Sofia Globe, an independent and professional news media which has no corporate or party political ties, nor a lifeline from big foundations, and whose news agenda is decided purely on the basis of the interests of our readers.

Second, Patreon supporters have exclusive access to commentary and analysis articles about Bulgaria and global issues otherwise not available on the website itself.

We thank all of those who have helped us survive thus far, but we need to appeal for more support.

Becoming a Patreon supporter of The Sofia Globe costs as little as three euro a month, or the equivalent in a number of other currencies. Please click on the orange button below. 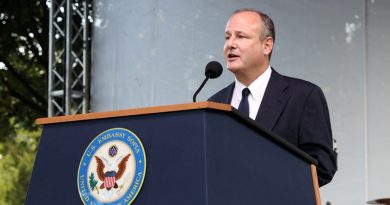