Three families of Syrian refugees left the village of Rosovo in Bulgaria after just a few days because of protests by residents against their presence.

According to local media, there was no violence but residents of the village “urged” the Syrians to leave the housing that they had rented.

In all, there were 17 Syrian refugees, including six children. They had spent some time in Harmanli refugee camp but after being granted formal refugee status, rented a house in Rosovo through a real estate agency.

They arrived in the village on April 24 and by the evening, residents began protests, turning out nightly to demand that the Syrian refugees be removed. The group left Rosovo on April 26.

According to a report by Nova Televizia, residents said that they had “nothing against the Syrians, but they had no place in the village” where before the arrival of the Syrians, all had been calm.

Residents said that instead of Syrians, they would prefer Ukrainian refugees.

The report said that people “feared for their lives and property”. In the village of about 1000, a total of 550 signatures against refugees had been gathered.

“How can we communicate with them, they do not know Bulgarian,” the report quoted locals as saying.

The mayor of Rosovo said that no one had “warned” here that the people would be accommodated there.

Landlord Dimitar Stoyanov, who charged each of the three families 400 leva rent, declined to comment on whether they had been refunded, Nova Televizia said.

The families were now in another village, not publicly disclosed.

Syrian journalist Nidal Khlaif said that 17 people could not assimilate a village.

“I want to congratulate Bulgarians on this historic victory,” Khlaif said. “According to the Interior Ministry, not a single Syrian refugee has committed a crime.”

“If a foreign tourist has money, then we are tolerant and respectful towards him. But a refugee, because he is poor and miserable, that’s not attractive, we don’t need that,” he said. 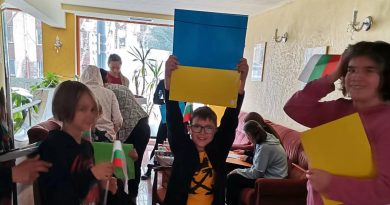