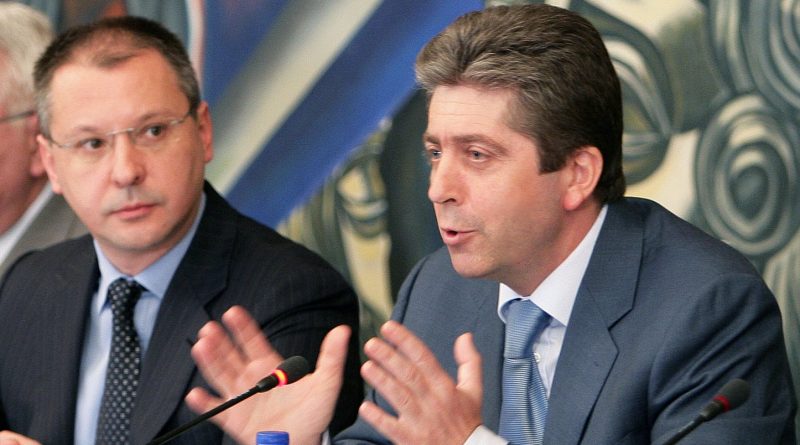 At a special meeting on March 7, the Bulgarian Socialist Party’s national council voted overwhelmingly for the expulsion of Georgi Purvanov and his allies in the former BSP leader’s rival ABC movement.

The vote, 85 for, three against and with two abstentions, followed a recommendation by the executive bureau of the BSP.

The BSP is heading for European Parliament elections with its leader Sergei Stanishev expected to be named the list leader, but faces a challenge from Purvanov, who has mounted a new campaign against Stanishev with his ABC project after failing in 2012 to win back the BSP leadership from his former protege.

The BSP dismisses the chances of Purvanov’s ABC winning any seats in the European Parliament elections, but some opinion polls suggest that ABC could win about six per cent of votes, adding that most of the support for the Purvanov project is drawn from traditional BSP voters.

Purvanov and his allies previously have said that they are not quitting the BSP and have dismissed moves to expel them from the party as procedurally flawed. Thus far, in spite of threats of expulsion, all that has emerged from BSP senior-level meetings has been a “withdrawal of confidence” in Purvanov and his posse.

The group of 10 that the BSP national council voted to expel, on the grounds that their recent actions and statements meant that they had expelled themselves, also includes close Purvanov ally and former cabinet minister Roumen Petkov and a number of mayoral and municipal office-bearers.

Ivailo Kalfin, who will head the ABC list in the European Parliament elections, is not a BSP member and thus not subject to expulsion.

According to the ABC website, Kalfin met with Martin Schulz, the current European Parliament President who is the Party of European Socialists candidate to be the next European Commission President.

ABC fully supported Schulz’s candidacy, according to the ABC website, while Schulz and group of Progessive Alliance of Socialists and Democrats leader Hannes Swoboda said that after the EP elections, they would rely on the active participation of ABC in the group of European socialists.

The BSP national council also voted for the expulsion of constitutional law professor Georgi Bliznashki for “damaging the prestige of the party” by heading an ad hoc committee that has gathered more than 500 000 signatures in support of President Rossen Plevneliev’s call for a natioal referendum on electoral reform.

The referendum idea put forward by Plevneliev, head of state since January 2012 after being elected on the ticket of centre-right GERB, has been rejected by the parties of the ruling axis – the BSP and the Movement for Rights and Freedoms – as an alleged attempt to put a spoke in the wheels of the BSP’s own new election laws.

Observers have noted that the BSP is bothered by the risk to its results that the increased voter turnout might bring, given that Plevneliev suggested that the referendum be held simultaneously with Bulgaria’s European Parliament elections on May 25.

The national referendum initiative, supported by the committee founded around Bliznashki and endorsed by centre-right GERB and the Reformist Bloc, appears to have rattled the BSP, which has been putting out its own messages to try to forestall the possible impact when the petition is formally presented to the National Assembly.

BSP MP Yanaki Stoilov has suggested publicly that given the large number of signatures, it would take too long to check them for any referendum to be held simultaneously with the EP elections. Fellow socialist MP Maya Manolova said recently that it was “impossible” to have collected 500 000 signatures in 15 days.

While some BSP MPs are resorting to tactics of delaying or trying to discredit the referendum initiative, others have suggested a “counter-referendum” – with different questions.

These are not the only problems facing the BSP.

Media reports earlier this week said that a group within the BSP that opposes Stanishev’s leadership was planning a campaign to use the preferential voting system against him by encouraging people to vote preferentially for candidates other than list leader Stanishev.