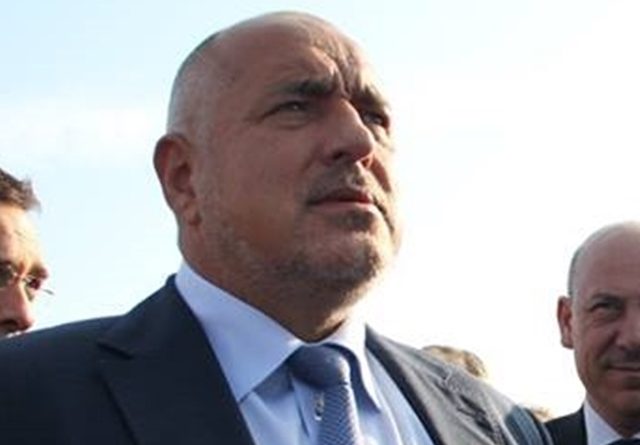 Bulgarian Prime Minister Boiko Borissov has rejected opposition calls for his resignation over the failure of Bulgaria in the race for UN Secretary-General, while openly lashing out at Irina Bokova and those who initially backed her in the race.

Bulgaria’s official candidate Kristalina Georgieva, a late entrant in the UN race after her nomination by the Borissov government on September 26, did poorly in the final Security Council straw poll, which was won by Portugal’s Antonio Guterres, putting him on track to be the next Secretary-General.

Borissov’s government dumped Bokova, whom it had named as its candidate in February, after Bokova turned in a poor performance in the first five straw polls. Bokova, whose candidacy first was floated by the now-departed 2013/14 “Oresharski” administration, declined to leave the race and remained in the final ballot.

The outcome led to calls on October 6 from opposition parties the Bulgarian Socialist Party and Georgi Purvanov’s ABC for Borissov and his government to resign and for Georgieva to be withdrawn from her European Commission post.

Borissov said that there was no logic in calls for his resignation, because on this basis “all prime ministers except that of Portugal should resign”.

The resignation of Plamen Oresharski (occupant of the prime minister’s chair in 2013 and 2014) could be called for “but he’s already handed it in”.

Borissov criticised Bokova for remaining in the race to block Georgieva. He rejected claims that nominating Georgieva at the last minute was a gaffe. His government had the confidence that many countries would support Georgieva, he said.

Asked whether he was ashamed of the outcome of the UN vote, Borissov asked what he had to be ashamed of: “that I have not secured the next five years for a communist family?”

This was a reference to Bokova’s communist pedigree. Her father was Georgi Bokov, whose career included editorship of Bulgarian Communist Party organ Rabotnichesko Delo. Bokova was a deputy minister in a BSP government and was a failed vice-presidential candidate on the BSP ticket in the 1996 elections.

Borissov asked, “who in 20 years has seen Bokova in Bulgaria?” He went on to lash out at Bokova’s husband for refusing to withdraw from his term at the European Bank for Development.

Borissov said that the only thing he regretted was that “principles no longer existed”, for example nothing had come of talk that the next head of the UN should be a woman from Eastern Europe.

He said that he had realised that the other woman from Eastern Europe – Bokova – had no chance and so his government had tried a second nomination, that of Georgieva.

Bokova would have had no chance, because information reached the government that she would be vetoed by a UN Security Council permanent member.

Mitov said that Bulgaria had made a “really unusual and risky move” that it had thought was mandatory, to put forward the second nomination and so to enable the Eastern Europe group at the UN to have a UN Secretary-General.

The fifth and sixth straw polls showed that none of the candidates from Eastern Europe had a chance and consensus was not building around anyone, Mitov said.

There had been a favourable response to Georgieva’s UN General Assembly hearing, Mitov said, but added that it was frivolous to believe that just three or four days after entering the race, she would have great results in the first ballot in which she had participated.

Mitov said that Bokova “had no chance” in the fight, which had become clear with two UN Security Council permanent members vetoing her.

He said that it was unfortunate that “we had no time to prepare” so that Georgieva won sufficient support.

Mitov poured scorn on opposition claims that indicative votes were not important – an argument that had been raised in criticism of the government’s move to switch from Bokova to Georgieva.

All last week, he said, the opposition had argued that indicative votes – the straw polls – had absolutely no importance and the race had not started yet.

What happened to all these arguments? Not only indicative votes are important, but they are also extremely important,” Mitov said.

“Ms. Bokova was third, then fifth, then six, sixth yesterday, ie it does not alter the result, except for the small amplitudes with one or two votes. She was in the middle of the pack and there was absolutely no chance,” he said.

Some parties were using Bokova for presidential election campaign purposes, openly manipulating certain facts and deliberately forgetting others, he said.

“We thank Ms. Georgieva that she agreed to be Bulgarian nomination at the last moment and entered the race, won much sympathy, even won the official support of the countries of the Eastern European group.

“I would like to thank those countries that supported her immediately – Hungary, Latvia, Poland and the candidates from Eastern Europe who gave their support to Mrs. Georgieva.”

Mitov expressed regret that the Eastern European group had missed its chance to have the UN Secretary-General appointed from its ranks and he said that he also regretted that – in spite of the statements by some permanent members of the Security Council (a reference to Russia, which ended up backing Guterres) – that the next Secretary-General should be a woman from Eastern Europe, this had not happened.