Bulgaria’s top-ranked male tennis player, Grigor Dimitrov, advanced to the third round of the first Grand Slam tournament of the year, the Australian Open, with a straight sets victory (6-3, 6-3, 7-6) over Taiwan’s Yen-Hsun Lu in just over two hours on January 16.

The match was delayed by more than three hours because of the stifling heat in Melbourne and then was interrupted mid-way through the third set by a thunderstorm.

Dimitrov played aggressively from the start, taking chances on his first serve, and his strategy paid off – he scored 15 aces (against Lu’s two) and won more first-serve points than his opponent (51 per cent to 40 per cent) despite only 59 per cent of his serve being in (versus 70 per cent for Lu).

Dimitrov’s aggressive style also extended to his opponent’s service – he won 43 per cent of the receiving points to Lu’s 30 per cent  – which gave him plenty of opportunities to break Lu’s service, but he only converted five of 21 break points.

The Bulgarian asserted his dominance mid-way through the first set, breaking Lu’s service, but had to save a break point when serving for the set before wrapping up the frame. Lu broke Dimitrov’s next service to take a 3-0 lead in the second set, but the 22nd-seeded Bulgarian fought back to win the next six games and take a two-set lead.

In the third frame, Dimitrov broke service shortly after play resumed, only to have it broken right back. He had a match point on Lu’s service at 6-5, but was unable to convert and wrap up the match early.

In the tie-breaker, both players repeatedly broke each other’s service, with Lu twice missing on the opportunity to extend the match by converting his set points before Dimitrov won on his fifth match point to take the tie-break 13-11.

This is the first time in five attempts that Dimitrov has advanced to the third round of the Australian Open in his career, and only his second appearance in a third-round match at a Grand Slam, after last year’s French Open.

He will play 11th-seed Milos Raonic of Canada, who defeated Victor Hanescu of Romania in straight sets, in the next match. 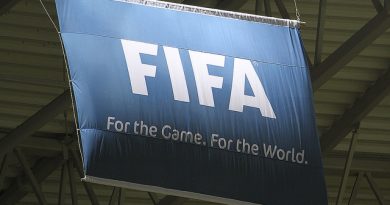