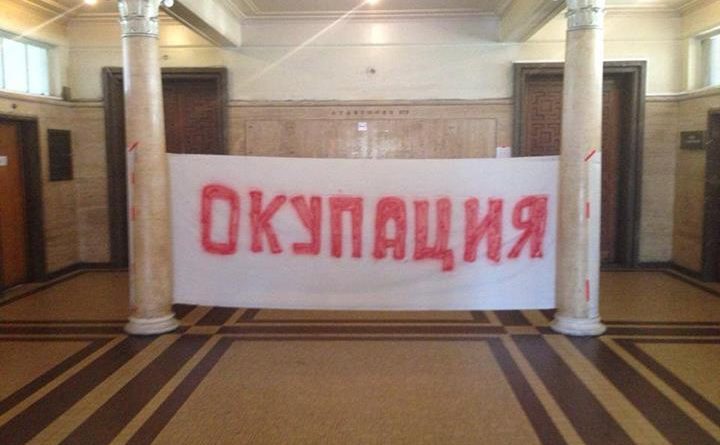 Students at the St Kliment Ohridski University in Sofia, who “occupied” the university’s largest lecture hall on October 23, said on October 25 that they would extend their protest indefinitely.

In addition to demanding the resignation of the socialist-backed government of Plamen Oresharski, the students are asking for more transparency in government from all parties, as well as an end to appointments in the state administration of “people who serve oligarchic interests.”

Initially, the plans were to hold the hall for 24 hours, with the university administration cancelling classes in hall 272 up to and including on October 25.

On October 24, students from the journalism department joined the initiative – social media hashtags have dubbed it #occupySU and #occupy272 – by “occupying” a lecture hall in their own building.

So far, the initiative has drawn support from some of the university’s faculty – according to reports in Bulgarian media, more than 50 professors, mainly from the philosophy, history and journalism departments, have signed a declaration of support.

The university’s administration has been more ambiguous in its statements. University rector Ivan Ilchev told Bulgarian National Radio on October 24 that it was only a small number of students that joined the initiative and said that the university was not the best place to hold their protest.

Later, in a statement posted on the university’s website, the administration said that “the students’ actions are a natural reaction to the unpleasant events of the past months and the clear lack of morality in political life. We are convinced that young people have the right to express their civic position.”

At the same time, the statement said, this caused “certain difficulties” for administration, which would ensure that classes proceed as scheduled in other lecture halls.

(Top photo of banner outside lecture hall 272, via noresharski.com) 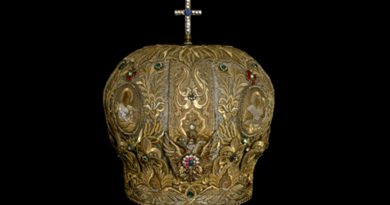 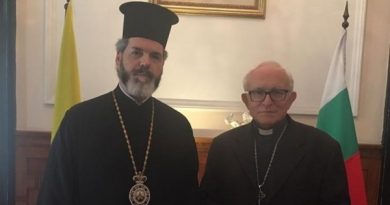