Members of the Bulgarian Socialist Party are discussing moves that would cut back the capacity of the Dossier Commission, the body empowered by statute to publicly disclose former members of the country’s communist-era secret service State Security holding positions of influence, reports said.

This comes after the tabling of amendments to the law on the Dossier Commission that would revoke a 2012 amendment enabling the commission to identify State Security people who have held top posts in the intelligence services since the post-Zhivkov changes.

Since being established by a 2006 law, the commission has identified large numbers of State Security people in Bulgaria’s state and government institutions, the media, polling agencies, private security associations and trade unions, banks, the Bulgarian Orthodox Church and other religious communities.

However, the Constitutional Court has overruled legislation against State Security people being eligible to occupy top posts in public media including news agency BTA, Bulgarian National Radio and Bulgarian National Television, while the current Bulgarian Socialist Party government has appointed former State Security people in various senior positions, including at the Foreign Ministry.

Reportedly, one idea doing the rounds within the BSP is to move the Dossier Commission under the aegis of the State Archives Agency, whose previous head was fired by the BSP cabinet and replaced by Ivan Komitski, a retired long-term Interior Ministry and State Agency for National Security official.

After his appointment, Komitski was the subject of a letter of objection from 56 Bulgarian academics and researchers. As an employee of the Interior Ministry archives service in 1990, Komitski was one of those who carried out the orders of the interior minister at the time to destroy the files that the communist-era State Security had on its victims and collaborators, according to the letter. “Today, all that’s left of these archive files are the eradication protocols, some of which feature Mr Komitski’s signature,” the letter said.

According to a Mediapool report, BSP MPs are frustrated at the way Evtim Kostadinov – formerly one of their number – has run the Dossier Commission.

The commission has regularly posted disclosures on its site and has worked actively in efforts to expand its mandate, for example when amendments to the law were made to disclose credit millionaires with State Security links. Kostadinov has spoken repeatedly of the need for Bulgarian society to know, in effect, who is who when it comes to ties to the former State Security.

At very least, the Dossier Commission is facing a budget cut, the scale of which is not yet clear.

Earlier reports said that the current government plans cuts to the budgets of all state and government institutions. One idea being discussed, according to Mediapool, was to halve the budget of the Dossier Commission, rendering it incapable of doing its job. Provisional drafts of the Budget 2014, which is still being discussed, however envisage a cut of a smaller scale than that, by 500 000 leva to 3.5 million leva.

It also remains to be seen what final position will be taken by the Movement for Rights and Freedoms, the BSP’s governing ally, on the amendments that would return the intelligence services to exemption from scrutiny for State Security connections. While the MRF initially appeared to back the amendments to scrap the 2012 opening of current intelligence services to checks, this position could be reversed, going by local media reports. 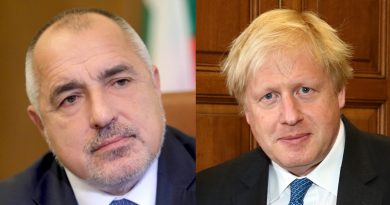 What have you been smoking? No, Bulgaria hasn’t legalised marijuana cultivation