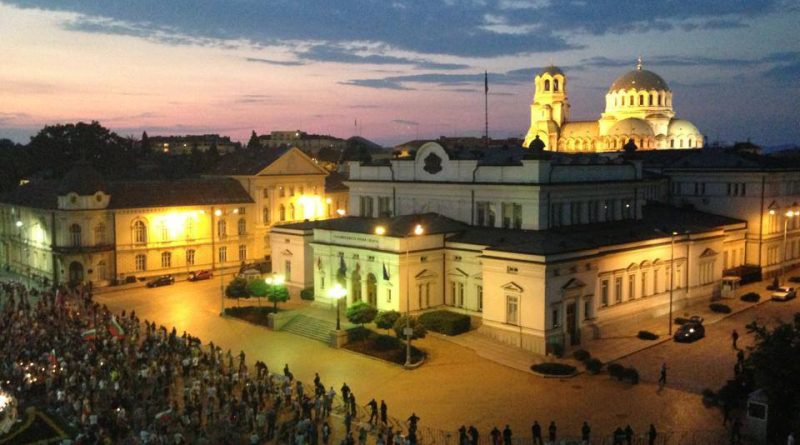 For distant observers, noting the spectacle of well more than a month of turnouts of many thousands of Bulgarians to demand the resignation of the government that took office after the May elections, a saga that now has seen a night of clashes in which protesters and police were injured, the leading question may be: Why doesn’t the government resign?

To try to answer this question, one has to step into the world of the members of the government – which holds power on the basis of the mandate given to the Bulgarian Socialist Party, runner-up in the May elections – as well as into the world of the other parties supporting it, the media loyal to it on the basis of commercial ties, those who turn out daily to protest in support of it, and of course, the wonderful world of conspiracy theories on the internet.

Allowing for the fact that in the list above, there can somewhat of an overlap.

Here is a perhaps incomplete list of why the government and its supporters insist that it must not resign.

First, the government is in place as the popular choice of the majority of Bulgarians. This argument is based on the theory that even though the former ruling party, Boiko Borissov’s centre-right GERB, got the largest single share of votes in the elections, the other three parties that got into Parliament outnumber it. Add to this all the votes for those parties that did not get over the threshold for seats in Parliament, and then add to that the relatively low turnout – the lowest in any parliamentary elections in all the years after the fall of the communist regime – and you will see that GERB really is not the biggest party, in fact most Bulgarians do not want it back in power. From there, it is the shortest of steps to understanding that this minority government is in fact a majority government. It is an understanding that comes easily to those who failed first-year political science, or primary school arithmetic.

Second, the protesters who turn out are merely a very vocal minority, made up largely of privileged and relatively wealthy residents of capital city Sofia. The protests, this argument goes, are limited to the capital and are not nationwide. As socialist MP Yanaki Stoilov put it, in a sublimely Eurocentric and, as some have suggested, racist comment, only in Arab countries do governments step down when faced with 2000 protesters (he apparently got this figure from official Interior Ministry estimates, which protesters deride as underestimates). The assumption appears to be that the anti-government protesters are just a bunch of spoilt children having fun on summer evenings, and eventually they will tire when Nanny just does not give in to their petulant demands. Oh, and one might add, in the view of ultra-nationalist leader Volen Siderov, the anti-government protesters are hooligans, terrorists, alcoholics and drug addicts.

Third, the protesters are being paid as part of a vast conspiracy funded by GERB to get back into power. The fact that no investigative journalist in Bulgaria has exposed this payola just shows the bias of the media. Any argument that, for example, the anti-government protests raised more than 5000 people on July 24 while the pro-government protests raised a reported 60 just goes to prove the big budget production that the anti-government faction represents. One volunteer worth 10 pressed men, and all that.

Fourth, but then again, the payment for the protests comes from sources ranging from George Soros to Ivo Prokopiev, the latter a Razgrad-born business person whose interests include publishing some local newspapers. These people want the government out to serve their own nefarious, if hitherto undisclosed by anyone disinterested in the issue, ambitions. Look hard enough and one will find, no doubt, the hidden hand of Freemasons, Zionists, the Illuminati and the One World Government, but life is far too short to discover these truths concealed on the internet, and in any case, They would not want you to.

Fifth, there is a media bias against the government. Even the public broadcasters are involved in “stoking tensions” (in the words of the socialist Speaker of Parliament) while commercial channels effectively exhort people to join the protests (as a pro-government protester barked at a bTV reporter). How this argument dovetails with the fact that a family close to those in power owns a considerable menu of broadcast and print media hostile to the anti-government protests is anyone’s guess.

Sixth, this is a “programme government” put in place to fix the egregious mess of misspending, political bullying, and criminal mismanagement and corruption of which GERB is guilty. It is made up of experts to carry out this noble task, and the detractors of this A-Team with which Bulgaria has been blessed are serving only the interests of oligarchs and organised crime.

Seventh, it is not up to the government or the occupant of the Prime Minister’s seat whether the government or the Prime Minister resigns. On July 25, the said occupant, Plamen Oresharski, directly told journalists that any decision on the resignation of the government would be taken by the Bulgarian Socialist Party, not by him. This decision could be taken tomorrow, or in March, or never, was the message from Oresharski, who among anyone in public life seemed nobly and refreshingly conscious of his status as an employee on the public payroll.

Eighth, it is none of the business of figures at European level such as European Commission Vice President Viviane Reding or the ambassadors of major EU partners such as France, Germany, the Netherlands and Belgium to be “interfering” in the business of Bulgaria, as the pro-government group sees the carefully-crafted and sensitively non-partisan diplomatic statements from Bulgaria’s foreign friends.

Ninth, pro-government protesters have raised hundreds of thousands of signatures in support of the government and many thousands for the resignation of President Rossen Plevneliev for his perceived support of the protesters. Querying this claim on the basis of past experience with fake signatures on petitions in Bulgaria is likely to be received with awkwardness or more likely, outright denial, the latter something of a vice throughout the spectrum of Bulgarian politics.

Tenth, and this point is made not on the basis of government statements or dingbat theories on the internet, the BSP is, after all, the inheritor to the Bulgarian Communist Party, which held relentlessly to power for several decades in spite of it being highly questionable whether this was by popular consent. Leopards and spots and all that, old chap. Or, if this is not clear yet, go back to point one, where it is explained that this minority government is in fact a majority government.

So glad to have cleared that up for you. Any further questions? 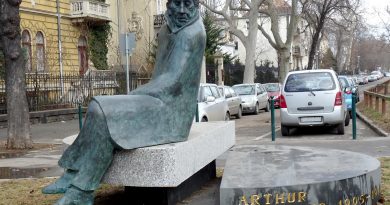 In Bulgaria, of a trap, police and publicans