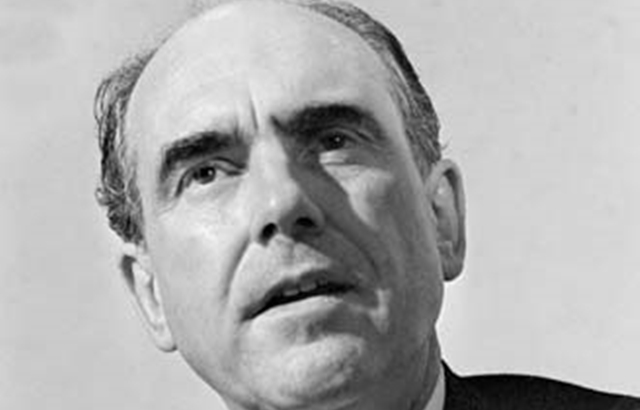 Until the accession of Bulgaria and Romania to the EU, Greece was on its own. Since the 1920s, it had faced what became the two communist states of Bulgaria, and Albania, and – together with its arch-enemy Turkey, peeping over the Evros Delta – the Hellenic Republic not only clearly saw itself as the bastion of Christian western civilization, but extremely vulnerable as well. We all seem to forget that the beginning of modern day Greece did not start when it joined the EU in 1981, but when it became a part of Nato on October 22 1951.

If you get out your 1970 school atlas, you can see how isolated Greece was at the time, surrounded on all sides by some form of potential aggression, that politically, and from a Nato security angle – with the presence of perceived tough communist states on either side – a Nato presence in the Aegean was very important. That was so, not only for the country of Greece itself, but the West generally, Northern Europe in particular, and the embryonic EEC. So, why has this been virtually forgotten?

If you understand the implications of Cold War communist aggression, then you can also see how it was that Greece was shoehorned into the position of spending cash which it did not always have. Driving down the E85 towards Alexandroupolis, you can see row upon row of military camps, and rows and rows of military vehicles, of all kinds, parked for all to see.

Greece supports a large conscripted army, many of which are present in the Turkish border areas, and despite the traditional remarks made by some soldiers – especially those who occupy a small military base in my village – about the horrible food and conditions they are forced to endure, it all costs the government money. Mind you, if soldiers come from the comfort of a typical Greek family home, they would say that, wouldn’t they? So even though much of the aggression of the past is now gone, and South Eastern and Central Europe, is comprised of peace-loving nations, in the mind’s eye of most Greeks, many threats somehow still remain.

Did it start with the invasion by the Persian King, Darius, perhaps it was Constantine, and the Eastern Roman Empire, or maybe, it was due to Suleiman the Great, and his bloody Ottoman hoards? Well, no – it was a little bit of the latter, and a great deal to do with World War 2!

In my book The Dance of Dimitrios, the body of a woman is found floating in the River Ardas next to an underwater bridge. This bridge actually exists, and was built by the occupying German army. There are a number of these submersed concrete roads, and constantly in use, local Greek farmers can frequently be seen crossing the various local shallow rivers in their tractors and pickups. And, there are plenty of other signs of the old Axis presence in Greece, but that can wait for another day.

Although the Germans army left behind many useful examples of civil engineering, we must remember that during World War 2, they were not guests in Greece; they were not here to enjoy a healthy Mediterranean diet, or to recuperate from 12 months of hard slogging in a factory in Stuttgart. They were in Greece to suppress the Greek Army and the brave Greek freedom fighters, who had recently made a mockery of Il Duce – and his so called Italian invading army – which they had so effortlessly sent packing, back to the mountains of Albania. Unfortunately, with the German army came brutality, inhumanity, and starvation. But that, is also another story!

Post-war Greece was a different matter. With American army surplus Jeeps in abundance, plough horses from Alabama, and the wonders of the Marshal Plan, Greek agriculture got going quite quickly after the war. But, then there were all those communists to deal with, here in the northern Greece, many of whom saw Greece’s obvious weakness as an opportunity for expansion, despite the Yalta agreement and Stalin’s so called promises. Most disaffected communists were Greek nationals, but many were also Bulgarian, Russian and Albanian. Despite the western side, being backed by the British and Americans, Kim Philby – Britain’s most traitorous and preeminent spy – didn’t help much, when he gave away the entire network of MI6 or CIA agents and informers, all of which were tortured and executed by the communists.

After this period, Greece was in political turmoil. The famous military junta, and the Greek Colonels tyrannical takeover of power, was a further time of frightening uncertainty, and many disappearances were recorded during the duration of this fascist regime. Followed in 1981 by a return to democracy, Greece was finally saved, by a newly elected socialist government, headed by Andreas Papandreou, who came to power in that year, and who is now regarded as a national hero.

Knowing the bare bones of Greek postmodern history, is it any wonder that Greece ended up in a mess, and, is it so surprising that in 1981 – when Greece joined the EU – that things were not as they should be? After all, Greece had to be rescued by someone!

I am greatly annoyed by the half educated political blabbermouths in Brussels, who blithely criticize Greece, misquoting history in present day terms, and telling Europe that they should never have been allowed to join the EU in the first place. I am undeniably tired of these ill informed, self seeking, over paid, highly forgettable twerps, whose only wish is to be in front of a TV camera – in order to justify their place in the world – and to find fault. Because, it is not only Greece, which occupies their attention, but Bulgaria and Romania as well.

Bulgaria and Romania have enjoyed the largess of the EU, since the turn of the century, when initial accession talks were beginning to attract EU funding. It is claimed that Greece has had 35 years of EU support, and it is time that the Greeks were held accountable for their financial mismanagement. But ask yourself this question: Greece had been living in the shadow of Europe, and considering the realities of the last 75 years, what were they supposed to do? Give in to communism or join the EU? 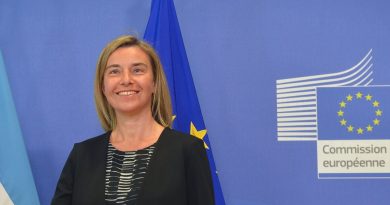 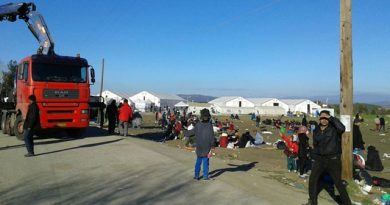