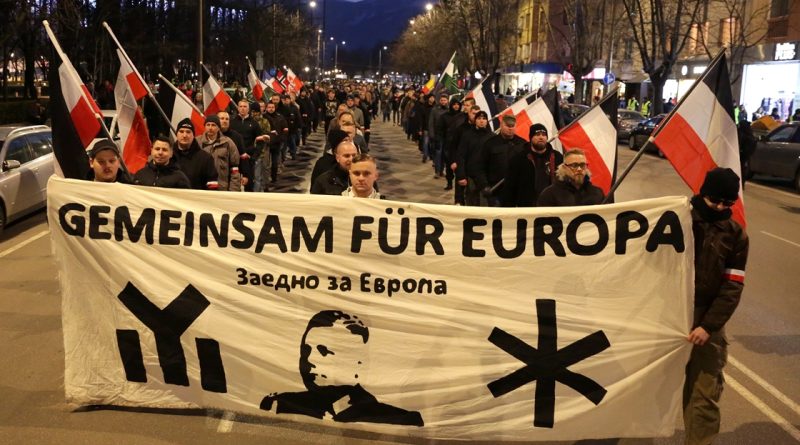 There are, sadly, very few European countries that can be proud of their record in the Second World War, when it comes to Jews. Bulgaria stands, almost alone, as a monument of decency, moral strength and courage, because unlike most of Europe, it stood up to the Nazis. When Adolf Hitler ordered the Bulgarian government to hand over all of its Jewish citizens to be transported to their deaths, Orthodox Bishops Stefan and Kiril, along with Parliament members led by Dimitar Peshev, led the move that would eventually save Bulgaria’s 48 000 Jews.

These names are enshrined in your country and Bulgarians should, forever, celebrate and teach their children, with pride, how your country stood up to the most inhuman regime in the long history of man.

That is why the Lukov March of fascists, neo-Nazis and far right extremists held in February for the past two decades, is an embarrassment to Bulgaria and, frankly, all decent human beings. These thugs, march to honour the memory of the pro-Nazi General Hristo Lukov, who favoured the Nazi cause. There were incredibly decent Bulgarians during this period. Lukov was not one of them.

Every February, until last year, for almost two decades, fascists, neo-Nazis, and like-minded far right extremists marched through the streets of the Bulgaria’s capital, to honour Lukov.

The Lukov March is an embarrassment to the memory of the brave Bulgarians who stood up to these monsters when almost every other country in Europe was afraid to do so. This march has also become a flashpoint, not only for home-grown Bulgarian thugs, but also for neo-Nazis and white supremacists from other countries, who converge on Sofia to broadcast their noxious views across the European continent. By permitting the Lukov March to take place, this is who you are letting into Bulgaria. It’s a stain on Bulgaria’s well-deserved reputation as a post-Soviet democracy built after the fall of communism in eastern and central Europe.

Two years ago, I took part in a countermarch of tolerance. Bulgarian Foreign Minister Ekaterina Zakharieva, National Assembly Speaker Tsveta Karayancheva, Sofia mayor Yordanka Fandukova, Dr. Alek Oscar, the president of the Organization of Jews in Bulgaria Shalom, and more than 1500 Bulgarian citizens came together to send a very clear message to the Lukov marchers that their ideology of hate will not be allowed to prevail. On that occasion, when I was honoured to receive Bulgaria’s highest state honour, the Stara Planina, from President Roumen Radev, I emphasised that we must never be silent in the face of evil.

I will not be silent and every Bulgarian should stand with me on this front.

Last year, when the Lukov March was cancelled, we hoped that this disgusting spectacle was over forever. Sadly, this was not the case, because the cancellation was based on a technicality. This week, to the dismay of the world, the disciples of Hitler will once again embarrass Bulgaria’s past and threaten its present.

Central and Eastern Europe enjoys a special place in my heart. It has been my good fortune to be an eyewitness to the transformation of the captive nations that were tethered to the Soviet Union, as a consequence of the Second World War, into robust democracies, which today celebrate their own national identity.

I have also been privileged to play a role in the rehabilitation of the Jewish communities that tenaciously clung to the countries where they were born and raised and held deep roots. Of the many countries in the Jewish diaspora that I have visited over the years, few have been as hospitable and welcoming to its Jews as Bulgaria. The tens of thousands of Bulgarian Jews were, and continue to be well integrated and their many contributions are greatly appreciated.

In the end, countries are judged by the way they react to injustice and bigotry. Even if the Lukov March cannot be permanently banned under Bulgarian law, it should and must be condemned by all members of the Bulgarian government and civil society. Allowing Lukov’s ideological heirs to march defiantly once again through Sofia only brings bad tidings to Bulgaria. It is now up to Bulgarians themselves whether they wish to embrace and celebrate their well known traditions of decency, gallantry, and tolerance—or whether they will tolerate and even facilitate the cancer of neo-Nazism and racial and ethnic hatred in their midst.

As a friend of Bulgaria who sincerely wishes your country well, it is my fervent hope that all Bulgarians repudiate the resurgence of xenophobic, far-right nationalism in their midst and, instead, continue down the path that has earned them the admiration of all good people throughout the world.

Ronald S. Lauder is President of the World Jewish Congress.