The Paris-based Organization for Economic Cooperation and Development says joblessness will remain high in European and other developed nations next year, stalling economic recovery and job prospects among the youth.

Given this year’s spate of grim economic news, the latest OECD report may not come as a big surprise. Overall, it predicts unemployment will fall only slightly in 2014 among the OECD’s 34 members, leaving about 48 million people out of work.

At a call-in press conference from Paris, OECD Secretary-General Angel Gurria described the jobless situation as a crisis – particularly for young people in countries like Italy, Spain and Greece, where half or more are out of work.”It’s mind-boggling. It’s just enormous. In some emerging market economies unemployment is also high; for example, South Africa, more than 50 percent,” said Gurria. “In other countries, high informality in the labor market also condemns many youngsters to precarious jobs with little social protection.”

But the jobs outlook is not uniformly bleak. While the OECD’s overall unemployment is expected to fall only slightly in 2014 – from 8 percent to 7.8 percent – the United States and Germany will see sharper drops.

“Joblessness has actually fallen, albeit gradually, in countries like the United States, countries like Mexico, Japan. And within countries, too, there’s been a considerable divergence in employment trends among different group,” said Gurria.

For example, elder workers have fared much better during the economic crisis than younger ones have. And Gurria says labor market and other reforms adopted by some of the hardest-hit European countries like Italy, Portugal and Spain are going in the right direction, even though it will take time for them to pay off.

“The countries that had the biggest problems are the countries that are doing better in terms of these adjustments, who are regaining their competitiveness and their productivity,” Gurria added.

Paradoxically, spending to help jobseekers has also dropped during the crisis, which Gurria says is a mistake. 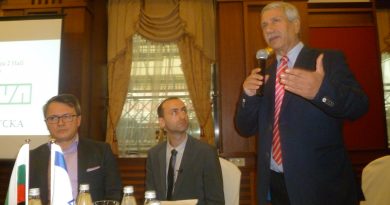 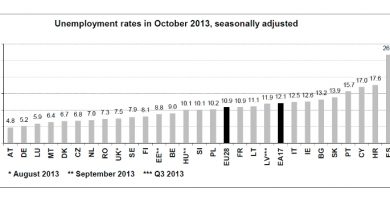 EU unemployment flat at 10.9% in October