Barely a month after Bulgaria’s utilities regulator approved lower electricity prices for consumers, their sustainability even in the short term has been already questioned.

The recent legislative amendments, which allowed the State Energy and Water Regulatory Commission (SEWRC) to cut prices on March 5, expanded the regulator powers to make changes more than once a year – as a result, companies in the electricity sector have already submitted their proposals, asking for price hikes that would go into force on July 1.

In some cases, the hikes are hefty ones, as is the case with state utility NEK and its subsidiary ESO, the power grid operator, asking SEWRC to nearly triple the fee paid by renewable energy producers for access to the grid (from 11.10 leva a MWh to 30.74 leva).

Such a drastic hike would inevitably lead to an increase in the prices paid by end users, unless the regulator finds any way to offset it by reducing prices elsewhere – a task the SEWRC may find difficult to accomplish.

The price cuts in March, ranging between 6.2 per cent and 7.3 per cent depending on which regional power distribution company one looks at, were made possible by the one-off reduction in the price of electricity generated by gas-powered plants, a move SEWRC could afford because of the 20 per cent cut in the price of gas bought from Russia starting January 1.

In return, the electricity distribution companies are required to spend the revenue generated this way on investment in grid upgrades and improved energy efficiency. The reduction in the “technological losses” level cuts into the revenues of the electricity distribution companies without a commensurate reduction in regulator-mandated investment plans, the companies said.

However, in the wake of nationwide protests against high electricity prices in February, which provided the spark that brought down Boiko Borissov’s government, the electricity distribution companies can hardly count on any support in the court of public opinion.

With Borissov resigning and electricity prices cut, the protests have petered out. Nevertheless, the last thing the new Bulgarian government that will be formed after the May 12 elections needs is a new price hike less than month after it takes office.

In recent years, it has been SEWRC’s practice to grant only part of the price hikes asked for by the industry, whether it was electricity producers, distribution companies or the grid operator.

What makes the current demands different is that should the regulator approve all the proposals put forth, it would result in a price hike for end-users ranging between 15 per cent and 20 per cent.

Already, the Economy and Energy Minister in the caretaker Cabinet, Assen Vassilev, has said that the state-owned companies should revise their proposals downward to more “realistic values”.

SEWRC chairperson Evgenia Haritonova, speaking after the regulator’s meeting last week, said she was “stressed” by the demands both as a member of the regulator and as a consumer. Haritonova said that while SEWRC may be forced to compensate for some increased costs of doing business, the regulator would try to keep any price hike as low as possible.

One such new expense is the carbon credits that coal-powered plants are now required to buy. Additionally, coal miners have recently asked for an increase in the price of coal, which, if granted, would further push up the price of electricity generated by thermal power plants.

Prime Minister Marin Raykov has warned miners to be careful when “considering such adventurous forms of pressure” as strike threats. A strike could backfire should it happen during the rainy season, as it would require the industry millions of leva to pump out flooded mines, he said on April 10.

Vassilev said that a coal price increase would lead only to further end-user price hikes, further distorting the market and “causing huge chaos in the system, which is pointless.”

Complicating matters further, the state-owned utility NEK is required to buy all the electricity produced by two of the country’s largest coal-powered plants – AES Gulubovo and ContourGlobal Maritza Iztok 3 – under long-term deals that carried punitive damages in case of breach of contract. The Economy Ministry and SEWRC said that they were in talks with the two power plants to negotiate a lower price, but have given no indication of making any progress.

Renewable energy producers appeared to be one section of the industry that could take a significant hit. In addition to the NEK and ESO demands for higher grid connection fees, Economy Ministry lawyers were working on revisions to energy sector contracts as part of preparations for the liberalisation of the electricity market in line with EU directives, Vassilev said.

He said that Bulgaria was not alone in the EU in reviewing the incentives given to renewable energy producers. Furthermore, some solar power installations were now being investigated for submitting data that showed they worked 32 hours a day, Vassilev said, but did not name the companies alleged to have cooked the books.

In reply, the Bulgarian Photovoltaics Association asked for the information to be made public, including the names of the companies and the proof of their wrongdoing, as well as full disclosure of when such wrongdoing was recorded and whether it was brought to the attention of any state institution. Should the ministry fail to do so, Vassilev’s words could be interpreted as “an attempt to discredit the most transparent sector of Bulgaria’s energy industry,” the association said.

Like electricity distribution companies, renewable energy producers can expect little sympathy from consumers. Green energy has become, whether warranted or not, a favourite bugbear and an easy target for criticism, especially after last year’s electricity price hikes – a already sizeable 10 per cent increase in July had to be revised upward to 13 per cent at the last moment because of the higher costs associated with the increased generation of electricity from renewable sources.

The generous feed-in tariff offered by the Bulgarian government has led, in recent years, to a quick expansion of the sector, swelling electricity supply well beyond domestic demand, to the extent that it strained the power grid’s ability to function, according to the regulator and Government.

(Other producers were too asked to lower their electricity generation, the only exception being hydro-power plants that were needed to work at full capacity to prevent dams from overflowing, but it was the renewable energy producers that were the most affected by ESO’s edict. The grid operator did not say how long the restriction would stay in force.)

One way to keep electricity prices unchanged, or even further reduce them, would be to change the “consumer mix” – the formula that assigns the relative weight of the different electricity producers in the total amount of electricity reserved for household consumption.

This was the proposal put forth by Borissov’s cabinet in February: increase the weight of the cheaper electricity produced by the Kozloduy nuclear power plants to replace some, if not all, of the more expensive electricity generated by coal-powered thermal plants.

Predictably, this drew an immediate reaction from miners employed at the mines whose output powers those plants, who threatened to march in protest if the regulator approved the proposal. The caretaker Cabinet has so far steered away from making similar suggestions.

Such a proposal would also likely lead to increased electricity prices for industrial consumers, as they would have less access, if any, to cheap electricity from Kozloduy.

On April 18, the Bulgarian Federation of Industrial Electricity Consumers sent a letter to the Presidency, the Cabinet and SEWRC, asking for a speedy resolution of the “long-established institutional, legal, regulatory, corporate and managerial chaos” in the energy sector, news website Mediapool.bg reported.

The best resolution would be to forge ahead with electricity market liberalisation and the creation of an electricity exchange that would allow industrial consumers to buy their electricity on an open market. Such a mechanism would keep only viable producers on the market instead of creating “artificial conditions for survival”, according to the report.

Bulgaria has to liberalise the electricity market under the terms of EU’s Third energy package regulations, but more than one government has kicked the can down the road. While an electricity exchange would thin the ranks of Bulgarian electricity producers and solve the issue of excess generation capacity, the associated “social cost” might have been deemed too high – and Bulgaria’s recent history holds numerous examples of eschewing painful measures that would turn thousands of people against the government that put them out of jobs. 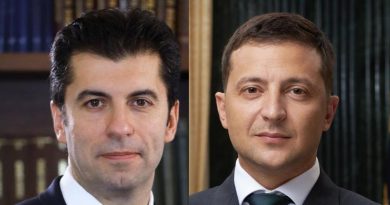 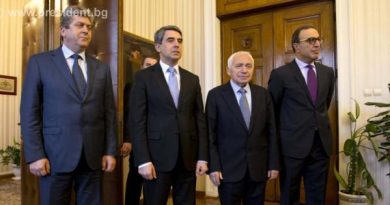 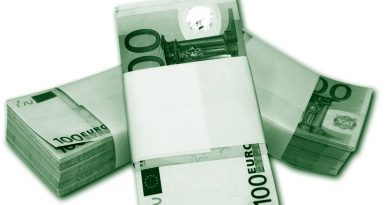