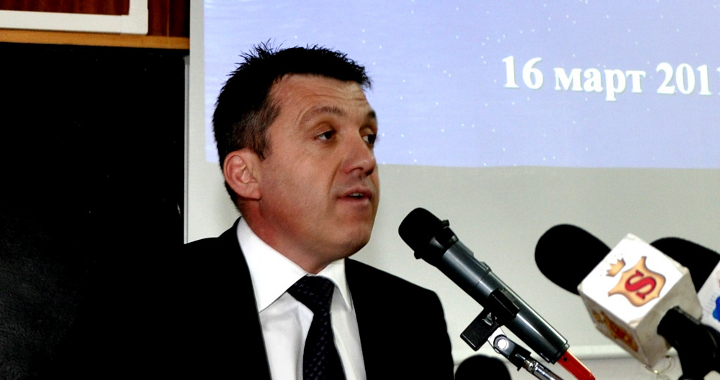 The head of the Bulgarian Food Safety Agency, Yordan Voynov, said he submitted his resignation on April 17, only hours after caretaker Prime Minister Marin Raykov asked for Voynov to be sacked signing a contract with a private company to offer vehicle disinfection services at the Bulgarian-Turkish border.

Speaking after the weekly Cabinet meeting, Raykov said that as the official that signed the contract, Voynov should have his employment terminated.

In a statement, Voynov said that he had offered to resign when the row broke out earlier this month, but stayed on after caretaker Agriculture Minister Ivan Stankov said that he had no plans to change the management of the agency.

Instead, Voynov said he took his annual leave until the investigation was concluded. He said he was now resigning following Raykov’s request. Raykov has been the agency’s executive director since its inception in February 2010 and was before that the head of the national veterinary service, which became part of the new agency.

Voynov said that in his time at the agency he took on powerful lobbies in the food processing industry, which were trying to push him out. “Now that I am out, things will be happening a lot easier there,” he said, as quoted by news website Mediapool.bg.

According to socialist Roumen Petkov, who first raised the issue at a news conference earlier this month, it was “a licence to print money” because of the high fees charged by the firm.

Disinfection facilities at Bulgarian borders have been run before – in the mid-2000s when Romania recorded numerous cases of avian flu in poultry and at the border with Turkey, until 2009, when the practice was shut down following reports of corruption.

The practice was resumed in 2011 because of the foot-and-mouth disease outbreak in Turkey. The service was provided by personnel hired on a part-time basis by the food safety agency until a labour inspectorate review ruled that such an arrangement was illegal, Mediapool.bg reported.

The contract with the firm hired to provide the service was unilaterally terminated by the agency after the issue made headlines in the media.