A total of 143 people in Bulgaria who had tested positive for Covid-19 died in the past 24 hours, bringing the country’s death toll to 6339, the national information system daily report said on December 18.

There are 6900 patients in hospital, 134 fewer than the figure in the December 17 report. Five hundred and sixty-seven are in intensive care, three fewer that as at the previous report.

Ninety-five medical personnel tested positive in the past 24 hours, bringing the total to date – counting in those who have died, the active cases and those who have recovered – to 8273.

To date, 188 288 cases of new coronavirus have been confirmed in Bulgaria.

The national information system said that 3218 people recovered in the past 24 hours, bringing the total to 93 728. 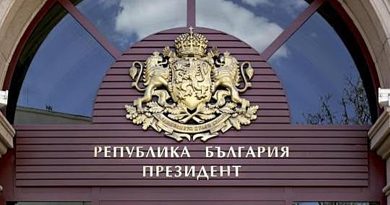