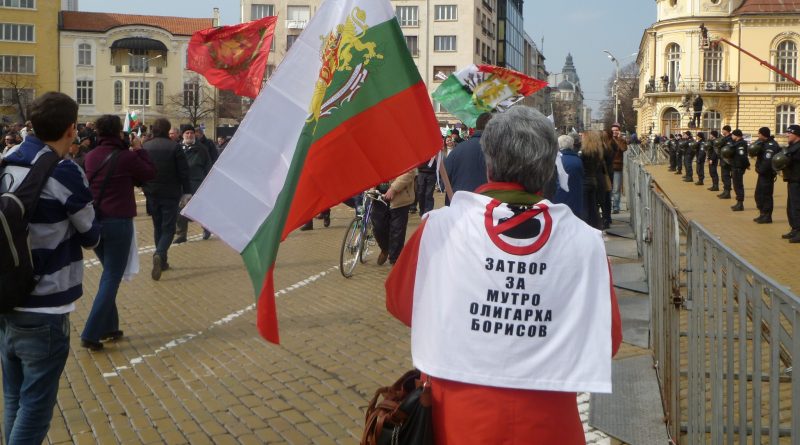 Predictably, differences have emerged in the reactions of Bulgaria’s various protest groups to the caretaker government and the question of whether to vote in the May 12 ahead-of-term national parliamentary elections.

Several weeks into the protests that brought down a government and sparked a nationwide political crisis, the Bulgarian-language media continues to run headlines about “protesters” saying this or doing that, as if there is a single monolithic group with an agreed agenda.

Demands from the various groups and their leaders have been evolving, changing and generally lengthening, with just a few key strands in common – notably, increased “citizen participation” in elections, government and state bodies.

Those protesters who have been demanding that Parliament be kept in session until it approves amendments to election laws to provide for “non-party” majoritarian representation have seen their demands remain unmet. As, inevitably, they would be, given that President Rossen Plevneliev have insisted that the process since the resignation of the Boiko Borissov government through to the early elections has to follow strictly the process set out in the constitution, including the proroguing of Parliament with the caretaker cabinet coming into office.

On matters of policy, caretaker prime minister Marin Raykov has made it clear that populist measures are not on the agenda, a clear signal that some of the more outlandish demands of the various protest groups also will go unheeded. For that matter, the law constrains what a caretaker cabinet can do – and while Raykov has spoken of looking for reserves to enable “a more social approach to meet people’s expectations”, he also has underlined – in those words – that he has no magic wand.

On March 13, appearing on Darik Radio, two protest leaders, Miroslav “Zorets” Paskalev and Ivan Bonev said that the caretaker cabinet was “the B-team of GERB”, a reference to Borissov’s party.

The choice of the caretaker cabinet ministers had “intensified tensions” among some of the protesters, according to Paskalev, because the Raykov cabinet did not respond to people’s needs and was “the B-team of GERB, which will prepare elections so as to win them”.

The two, Paskalev and Bonev, said that 32 associations had come together on March 12 to found a “United civic forum” that would put the caretaker cabinet “under pressure” from next week.

Mariana Hristova, a name repeatedly heard in the current nationwide protests and whose involvement in public demonstrations also includes the 2012 anti-GMO protests said that the caretaker government would not be able to tackle fraud in the May 12 elections, but at the same time she said that not voting in the elections was not a protest vote – and she urged people to go the polls.

Angel Slavchev, prominent in current protests, stated that the current demands of the protesters were against monopolies, and also that there be no privatisation of Bulgarian state railways BDZ or “key enterprises” such as VMZ Sopot.

In an interview with Bulgarian-language media ahead of the announcement of the caretaker cabinet, Slavchev was quoted as saying that the protesters would not participate in the elections with established political parties “either through quotas or civil organisations”.

Some days ago, ahead of the now-customary Sunday protests, Slavchev announced that a roundtable meeting on March 9 of what he said were representatives from 35 cities and towns in Bulgaria had produced a “national citizens’ initiative for public scrutiny” aimed at developing a programme for citizens’ control in state regulatory authorities.

Other protest leaders have different agendas. Yanaki Ganchev’s “Eagle Bridge Movement” wants the resignation of President Plevneliev, for instance, and a boycott of the elections.

Meanwhile, after the March 13 coming into office of the Raykov administration, among the big questions ahead is whether there will be any effect on the turnout for demonstrations, and in what kind of environment election campaigning will proceed.

Weekday protests of late have been less than impressive.

On March 12, a protest event outside Parliament, involving waving brooms and throwing rolls of toilet paper in the direction of the National Assembly building, drew about 300 people.

The idea of the protest was to “sweep away the refuse”. Protest organiser Yanko Petrov said that the National Assembly had “turned into a political toilet”. The event left rolls of toilet paper littered on the yellow paving stones outside Parliament, awaiting municipal refuse workers to clean the streets (a change from a customary gripe on social networks, the amount of empty plastic water and beer bottles left on the streets of Sofia after the Sunday protests).

The March 12 evening protest in Sofia drew 150 people, while in the second city of Plovdiv, the anti-monopoly protest outside the building of electricity distributor EVN drew 20 people.

“People said that they had gathered to prove that they would not give up until their demands are met,” local news agency Focus reported from Plovdiv. The protesters rejected the caretaker cabinet as unlikely to fulfil any of their demands, the report said.

In the Black Sea city of Bourgas, the 29th consecutive protest drew about 50 people, waving Bulgarian flags and blowing vuvuzelas. “This attracted the attention of passersby,” a local media report said.

(Archive photo of the March 3 2013 protests in Sofia: Clive Leviev-Sawyer) 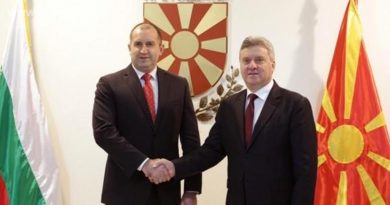 Bulgarian President on ‘Macedonia’ name dispute: No geographical terms that could be seen as claims on Bulgaria