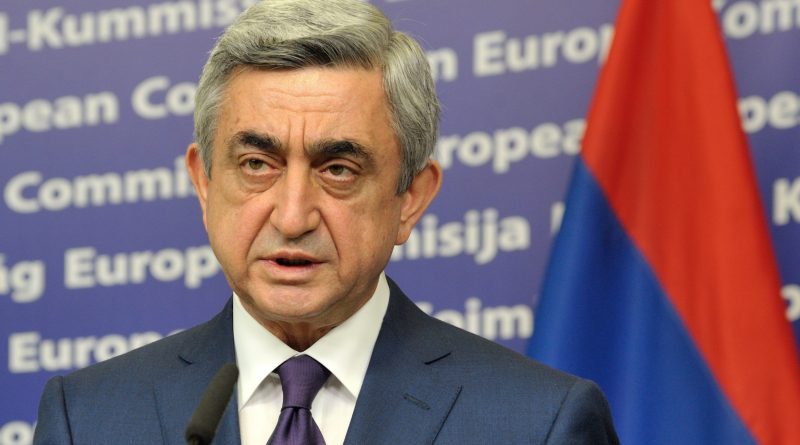 “This election showed improvement, but lacked genuine competition,” said Tonino Picula, head of the parliamentary observer team of the Organization for Security and Co-operation in Europe.

“Armenia is on the right track to fulfill their obligations as a new democratic country in Europe,” said Woldseth, a Norwegian parliamentarian.

Then protesters stormed the press conference.

“You’re legitimizing an illegal vote by your declarations!” shouted one protester, Artur Minasian.

On Tuesday, people in Yerevan debated this question: was the fraud big enough to cover a gap of 22 percentage points?

“The voting results do not reflect the Armenian citizens’ will,” Hovannisyan said. “The elections involved mass irregularities. I am the president-elect of Armenia.”

He gave Mr. Sargsyan until Wednesday to concede defeat. He promised another rally that day.

Hovhannisyan supporters said they have hundreds of reports of illegal ballot stuffing or fraudulent ballot counting.

Sara Anjargolian, a lawyer at the rally, said she read reports of voting violations on Facebook pages of human rights groups, then went to Hovhannisyan’s headquarters to read reports coming in from voting stations.

But Eduard Sharmazanov, spokesman for Mr. Sargsyan’s ruling Republican Party, called the vote “the best in the history of independent Armenia.”

Lebedev said violations were spotted but not enough to affect the overall results of the presidential election. He concluded that Armenia’s election fully meets generally recognized international law.

Russia maintains 5,000 troops in Armenia. On Tuesday, Russian President Vladimir Putin telephoned President Sargsyan to congratulate him on his reelection.