The first set of names of Bulgaria’s credit millionaires – people who got illicitly wealthy very quickly in the first years of the country’s post-Zhivkov transition – who had links to communist-era State Security will be disclosed by the end of 2012, Dossier Commission member Katerina Boncheva told television station TV7 on October 30.

The Dossier Commission is empowered by a 2006 statute to investigate and disclose the identities of people who were agents or collaborators with State Security and the intelligence services of the Bulgarian People’s Army.

On October 26, Parliament approved changes to the law allowing the Dossier Commission to name credit millionaires with links to Bulgaria’s communist-era secret services.

The check by the Dossier Commission is the largest ever carried out by the commission and involves more than 50 000 individuals, Boncheva told TV7, according to a report by Bulgarian-language news website Mediapool.

Boncheva said that central Bulgarian National Bank was actively assisting in the investigation. She said that information also was being sought from private banks, the National Statistics Institute, the State Archives, the Registry Agency and records of companies at all courts in Bulgaria.

A former journalist, she said that she had seen a bag of money brought to a specific location. In 1992, this money had been used to set up a particular company. “This was public money that went into private hands,” Boncheva said.

She said that if at the moment the money distributed through bad loans scams was available, it would amount to more than two trillion leva in the current denomination of the local currency, and Bulgaria would hardly be looking around for money to pay for hospitals.

Boncheva said that previous checks by the Dossier Commission had found that in the institutions and bodies checked, about 10 per cent of people turned out to have worked with State Security. In two cases, the percentage had been higher – at the Foreign Ministry and at state news agency BTA.

Bodies checked by the Dossier Commission since its founding include Cabinets, deputy ministers, ministries and state agencies, public broadcasters and part of the private media, business associations, educational institutions, the Bulgarian Orthodox Church and leaderships of the Muslim and Jewish religious communities.

Previously, Dossier Commission head Evtim Kostadinov has said that a 1997 list of bank loans compiled by Bulgarian National Bank was being used in the investigation. More than 10 000 companies had to be checked, also to establish who was in charge of them at the time the loans were taken out.

Kostadinov has said that the point of the exercise is to bring into the light the truth about serious financial crimes during Bulgaria’s transition to democracy.

In some cases, credit millionaires living outside Bulgaria are the subject of long-standing requests by Bulgaria to extradite them.

Bulgaria’s constitution and legislation do not allow lustration. 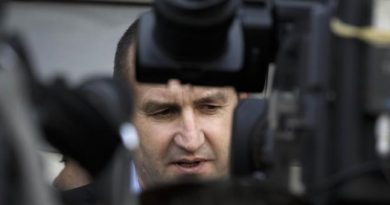