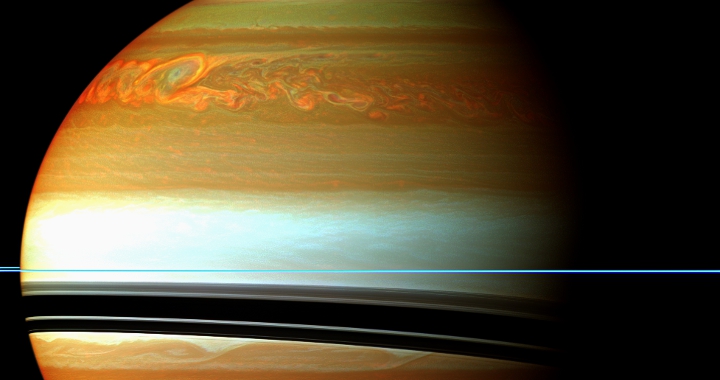 While super storm Sandy batters the eastern United States, scientists are marveling at another mega storm on the planet Saturn that continues to surprise experts.

The storm on Saturn was first detected by NASA’s Cassini spacecraft on December 5 2010, and grew over the course of months, becoming so large that a similar storm on Earth would cover most of North America and wrap around the Earth several times, according to a NASA report. Storms of this size usually occur on Saturn once every 30 years, the report says.

The giant disturbance was so powerful that it caused the temperature of Saturn’s stratosphere to soar 150 degrees Fahrenheit (83 kelvins) above normal, according to new NASA research, which will be the topic of a paper in the November 20 issue of the Astrophysical Journal.

“This temperature spike is so extreme it’s almost unbelievable, especially in this part of Saturn’s atmosphere, which typically is very stable,” said Brigette Hesman, the study’s lead author and a University of Maryland scientist who works at Goddard Space Flight Center in Greenbelt, Maryland.

“To get a temperature change of the same scale on Earth, you’d be going from the depths of winter in Fairbanks, Alaska, to the height of summer in the Mojave Desert.”

Further surprising scientists was the detection of a huge increase in ethylene gas, which isn’t typically observed on Saturn. 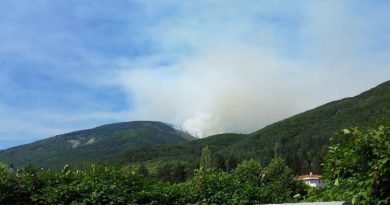 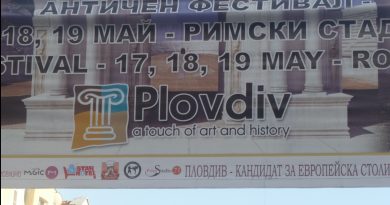