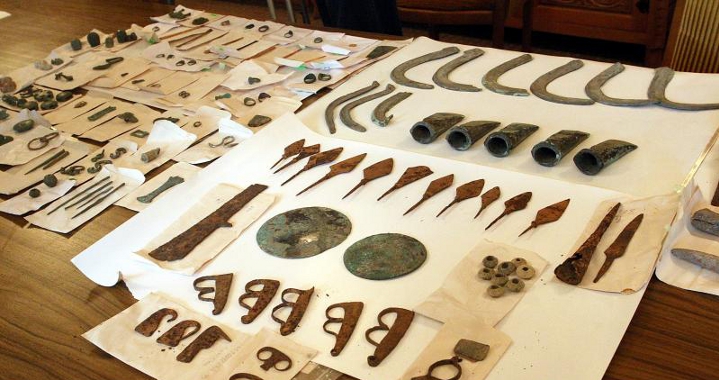 Bulgaria’s National History Museum received a huge boost to its classical era and medieval collections on October 9, when it was handed 5000 items seized earlier this at the border with Serbia. With criminal proceedings for attempted expatriation of the items concluded in the Vidin district court, these have now been transferred to the museum by order of Finance Minister Simeon Dyankov, who oversees the country’s customs agency.

“In recent years, Bulgarian museums have started getting back Bulgarian heritage,” Culture Minister Vezhdi Rashidov said at the official ceremony. National History Museum director Bozhidar Dimitrov said he was glad and saddened at the same time to accept the donation – saddened because it was proof of how wide-spread illegal treasure-hunting was in Bulgaria.

Well-preserved bronze coins dating to the late Roman period accounted for nearly half the items. The 2376 coins, likely found in the same place, ranged from the reign of Diocletian in the late third century CE to the reign of Constantine in the early fourth century CE. The collection includes 93 early Byzantine coins from the sixth century CE.

One of the true rarities in the collection is a golden coin bearing the portrait of Roman emperor Julian the Apostate (who reigned between 361 and 363 CE), minted in Sirmium, nowadays Srem in Serbia.

Other rare finds include bronze horse armour, dating to the seventh or sixth century BCE, several Roman silver and bronze rings, as well as a series of bronze, silver and golden jewellery items. The oldest items, however, are five bronze axe-heads and nine bronze sickles from the late era (mid- to late second millennium BCE).

Some of the items will be displayed as part of the history museum’s permanent exhibits, while others might join travelling exhibits in Bulgaria and abroad, the Culture Ministry said in a statement.

(The oldest items in the collection, the bronze axe-heads and sickles are seen in the upper right corner of the image. Photo: Viktor Viktorov/Bulgarian Culture Ministry) 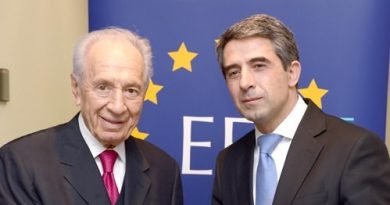