Amid continued protests by renewable energy companies against the power grid connection fees introduced in September, the head of Bulgaria’s energy regulator has warned that power producers might pay even higher amounts once the regulator has collected enough data to set the final size of the fee.

Currently, the fees are based on the State Energy and Water Regulatory Commission’s (SEWRC) estimates, but once enough renewable energy power-generating facilities are online, the regulator will have enough data to set establish how large the grid access fees have to be in order to offset the money spent by power utilities, which are required by law to connect renewable energy producers to the grid.

SEWRC will need at least six months to collect the data, the regulator’s chairperson Angel Semerdjiev said. A one-year period would serve as a better gauge, but the regulator would do its best to complete the process in half that time, he said.

Green energy producers have protested against the fees since these were announced in July, saying that the new expenditure ate up between 15 per cent and 39 per cent of their revenue. Many producers, especially the smaller ones, risked defaulting on their loans taken to build the facilities, industry associations said.

The introduction of the fees even produced several protest rallies, including one on October 1 – a rare occurrence in Bulgaria, where protests against rising electricity prices are much more commonplace (the high feed-in tariff for electricity produced from renewable energy sources is one of the reasons electricity prices jumped 13 per cent in July).

The industry has been backed in its criticism of the new fees by foreign chambers of commerce.

In a joint statement addressed to Prime Minister Boiko Borissov, the American Chamber of Commerce (AmCham) in Bulgaria, the German-Bulgarian Chamber of Commerce and Industry and the commercial representative of Austria to Bulgaria said that the energy regulator’s decision to introduce differentiated access charges – based on the type of the energy source, the date of starting operations and the preferential electricity purchase price – would have “significant negative consequences” for the renewable energy industry in the country.

The reasons cited in the letter are that other electricity producers do not pay such fees – but users do, which means that renewable energy producers, in their capacity as users, would be paying twice for access; the new fees drastically reduce the feed-in tariffs legislated for renewable energy producers; finally, “the high charges lead to impossibility for implementation of the investors’ business plans and create a risk for non-fulfillment of their obligations on received credits or other financing for the implementation of the projects.”

“We hope that this decision would be reconsidered and the most adequate balance would be found to protect the interests of producers and users,” the statement said.

Balancing the books
The second reason brought up by the chambers of commerce in their letter appears to be the very rationale for the regulator’s decision to introduce the access fees.

Renewable energy has become a lucrative business in recent years in Bulgaria, thanks to the generous subsidy from the state in the form of high purchasing prices for electricity generated from wind and solar parks.

This led to a veritable explosion of renewable energy projects, totalling more than 10 000MW of installed power – if all were to be completed, it would strain the country’s power grid beyond its breaking point.

This has already strained the resources of state power utility NEK (already over-extended by loss-generating investments in other projects, most notably the Belene nuclear power plant, now mothballed) and three privately-owned electricity distribution firms, which have taken the brunt of the higher prices paid to an increasing number of renewable energy producers in the country.

But the access fee itself and the legal grounds for its introduction were based on ambiguous legislative terms, according to lawyers representing renewable energy associations, as quoted by local weekly Kapital.

The industry associations plan to sue the regulator in the country’s Supreme Administrative Court, an international arbitrage court, as well as lodge a complaint with the European Commission, claiming that the new access fees are threatening to bankrupt a large number of the renewable energy producers in Bulgaria. 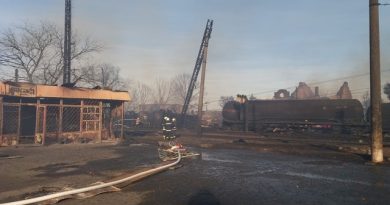 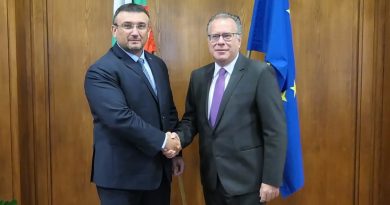 Bulgaria, Greece ‘to work actively together’ on migration and asylum issues