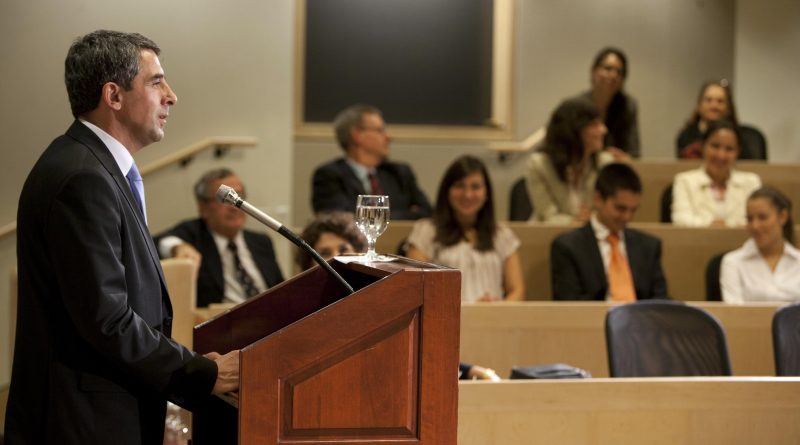 A culture of entrepreneurship is starting to form in Bulgaria, and the construction of Sofia Tech Park scheduled to begin in 2013 will help in this process, Bulgarian President Rossen Plevneliev said at a meeting with the Bulgarian community in Boston, Massachusetts, on September 28,  Bulgarian news agency BTA said.

The same day, Plevneliev, addressing officials from leading companies inBoston, said that he wanted to see Bulgaria as the economic leader in the Balkans by 2020.

Investing in the technologies of the future is among Bulgaria’s strategic priorities, Plevneliev said at the meeting, on the final day of a six-day visit to the United States.

Plevneliev invited leading high technology and innovation companies from Boston to join the Sofia Tech Park project, public broadcaster Bulgarian National Radio (BNR) said. He said that the tech park would be created by using the model of the biggest business incubator in the world, the Cambridge Innovation Center.

On September 28, speaking at the Harvard Business School, Plevneliev shared with Bulgarian students studying there his idea of building of a database of Bulgarians who are studying abroad.

Plevneliev, in his speech, presented Bulgaria as one of the few countries in Europe with improved credit ratings in times of crisis.

“In this situation what we have to do is find strategic partners,” Plevneliev said.

He outlined what he listed as eight rules that the political class should follow.

“One ought to have priorities, values; one ought to create trust; to look for consensus; not to promise everything but only what one can live up to; one has to seek long-term goals; to have own initiatives and to view investments and public finance not as an end but as a tool”.