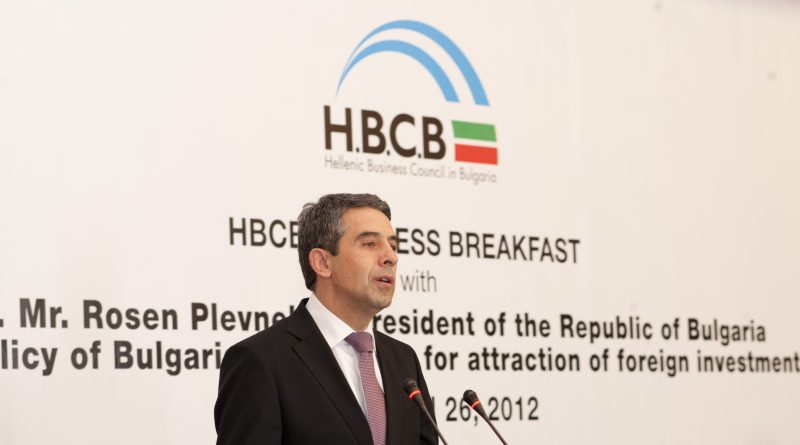 Bulgaria Europe News
July 4, 2012July 4, 2012 The Sofia Globe staff
Bulgarian President Rossen Plevneliev is to pay an official visit to Greece on July 4 and 5 2012 at the invitation of his Greek counterpart Karolos Papoulias, the Presidency’s press office said, quoted by local news agency Focus.
Plevneliev and Papoulias are to hold talks and a joint news conference in Athens on July 4. Plevneliev  is to be awarded the highest Greek state order – Order of the Redeemer – by his Greek counterpart.
Plevneliev is to hold meetings also with Greek prime minister Antonis Samaras, parliament Speaker Evangelos Meimarakis and Athens mayor Georgios Kaminis. He is also to confer with members of the Bulgarian community in Greece and lay a wreath at the Monument to the Unknown Soldier.
On the second day of his visit, Plevneliev is to meet with Ieronymos II, Archbishop of Athens and All Greece.
Bulgaria’s President is to visit the city of Thessaloniki where he is to meet with mayor Yiannis Boutaris. Later Plevneliev is to attend a ceremony to unveil a commemorative plaque at the site of the Bulgarian Men’s High School of Thessaloniki.
Plevneliev is to deliver a lecture at the University of Macedonia and is to be awarded an honorary degree by the university.
The delegation includes Bulgarian Foreign Minister Nikolai Mladenov and officials from the Presidency.
(Photo: V Nikolov/president.bg)