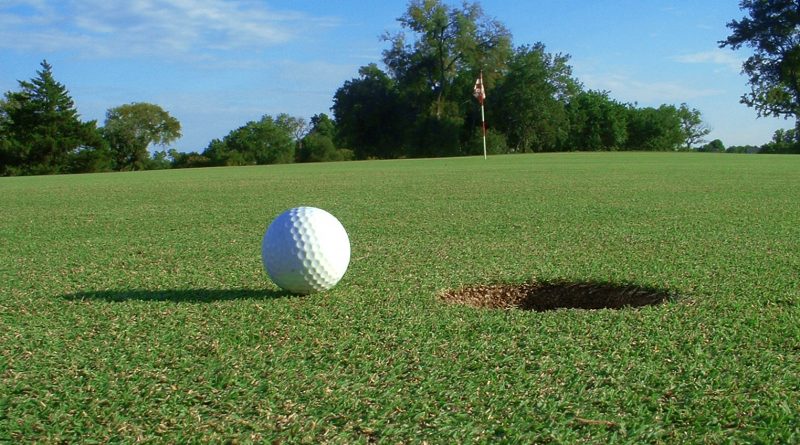 Perspectives Sport
June 4, 2012May 22, 2013 Alan Rogut
I have come to the conclusion that those predicting the end of the world will be quite disappointed when the Earth isn’t incinerated at the end of December 2012.
I, for one, will be booking an early tee time the day after the world is due to end as the millions of inhabitants of our planet are scurrying into their foxholes and underground bunkers.
The Mayans started all of this doom-talk with their end of their long calendar scenario and even Nasa has agreed that there will be some significant lining up of the planets and the Milky Way on December 21 2012 – something that happens once every 25 800 years.
So, it is possible that I could tee off in Bulgaria and finish my round in Alaska, as the Earth’s poles are supposed to be changing positions and realigning themselves. Up will be down and down will be up, it seems, which has me wondering whether my golf swing will be affected in any way.
Why is it that we are so obsessed with the end of the world? I blame the movies and movie-makers who have produced countless end-of-the-world scenarios, from space-creatures arriving on our planet to fireballs being tossed from space.
2012 is touted as the year when humanity is supposed to enter a period of enlightenment. If this allows me to drop my handicap by a few shots, I’m all for it. Apparently, this is the time when golfers will cease to cheat – no more kicking the ball in the rough, or writing down a five instead of a six on the scorecard.
Google “end of the world” and you are struck by how many theories there are and different ways in which we will meet our Maker. One fellow, by the name of Edgar Cayce, is particularly emphatic on the subject and has offered all sorts of possibilities. According to lore, Cayce – who was known as the Sleeping Prophet – discovered that he could learn his textbooks simply by sleeping on them.
Could you imagine what he could have achieved as a golfer by simply going to sleep on Ben Hogan’s Five Fundamentals of Golf!
He later became capable of diagnosing not only the illnesses of others but also of his own by going into a hypnotic state. He was able to do all this by lying down, closing his eyes and folding his hands over his stomach. I have tried this but all I received from my wife was a “Get back to work, you lazy b……d!”
Fortunately Mrs. Cayce was far more devoted to her husband and allowed him to get on with his sleeping fortune-telling act. His ultimate prediction was to foretell the day of his own death accurately which did indeed take place exactly as he had stated.
Not too many people are aware that Nefertiti was four metres tall and had a head that elongated behind her. Most of us thought she was wearing a hat, but in fact this was the shape of her head. All of the ancient Egyptians from that era looked the same, and were no doubt the predecessors of our current human population, or were they in fact aliens?
The incredible feats performed by the ancient Egyptians are well-documented, and had they been human, perfectly impossible to achieve. The ancient Egyptians were clever folk and hid their secrets well in the pyramids, including what would happen to the future of mankind.
Another popular theory for ending creation is the coming of the next Ice-Age. This concerns me because I have never had the chance to take any skiing lessons.
December 21 2012 has become the popular date for the final hours of the world. Now, all things being equal, I believe that this date has become a dream marketing opportunity to host the mother of all parties or sales. I mean, can you miss? End of the World Party! All drinks half-price! Or End of the World Sale! Everything must go!
There are millions of people making a fortune from this end of the world theory. Online survival supply stores are doing booming business with everything from gas masks, knife kits, bullet-proof vests and air purifiers in strong demand.
What I really love are the thousands of websites and books deriving millions from the subject of the world ending in 2012.
In the first place, what will they do with the money that they have accumulated from all the sales of these books after the world has officially ended and secondly what happens if we all wake up the day after and nothing has in fact changed! All of this wasted paper and so many websites that will suddenly be out of business.
No doubt, the sequels to these books and the web sites will proliferate explaining why the world didn’t end after all and the cash will keep pouring in.