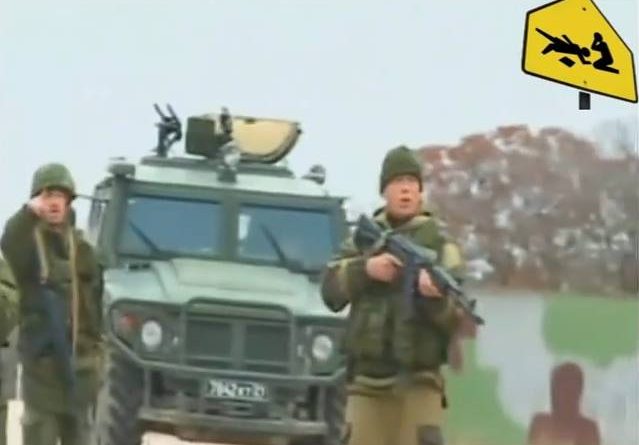 Vladimir Putin is right. The West has interfered massively in Ukraine. Let me explain.

Last year, about 15 per cent of Russian adults traveled outside the former Soviet Union.

By contrast, about one third of Ukrainians between ages of 20 and 50 have traveled to Western Europe – to work.

That is the difference between peeling off a 10 Euro note to pay for a caffe latte in Prague, and waiting tables for tips in a Czech coffee shop. Or hailing a cab in Vienna, and cruising for fares in Vienna. Or enjoying a modern shopping center in Berlin, and building it.

When residents of Moscow, capital of Saudi Arabia of the North, sneer that all the EU offers the Ukraine are jobs as bellhops, chamber maids and construction workers, many Ukrainians respond – fine, that is a start.  As a former bellhop in a Swiss hotel (Hotel Elite, Bienne, 1974), I wholeheartedly agree with them.

Since the Berlin Wall fell, Ukrainians have watched the economy of neighboring Poland increase four fold, while Ukraine’s economy flat lined for a generation. The difference?  Poland joined the EU and got a massive influx of capital from neighboring Germany. Ukraine suffered under a generation of misrule (including by Saintly Yulia Tymoshenko). Oligarchs created monopolies and then drained billions out of Ukraine.  Labor followed this capital outflow to the West.

So Ukrainians have lived and worked in the European Union. Unlike Russian tourists, they have not skated over the surface, skipping from Florence to Barcelona to the Riviera. Ukrainians like what they saw, starting with the rule of law.

In short, Russia has lost the hearts and minds of the majority of Ukrainians to the West. They are not coming back.

The Kremlin’s strategy is to surround itself with weak and divided states. Ever wonder why there is no solution in sight for Moldova’s breakaway region of TransDniester Republic? For Georgia’s secessionist regions of Abkhazia and South Ossetia? For the Azeri-Armenian dispute over Nagorno Karabagh?

Very simple: the EU and NATO will not accept as members countries with territorial disputes. So now, Ukraine joins the list of former Soviet republics kept weakened and on the defensive by Kremlin policy.

Crimea exemplifies a zero sum view of the world that Russian foreign policy makers have adopted without much change from their Soviet predecessors. If you are up, I am down. If I am up, you are down.

In North American terms, Russia’s work in Crimea would be comparable to Washington fomenting separatism in Quebec to split up and weaken Canada, or funding rebellion in southern Mexico, to put Mexico on the defensive. Instead, the American people and their policy makers believe that the successes of Canada and Mexico are pluses for the United States. Hence the North American Free Trade Agreement, a voluntary association of democracies that, like the European Union, is designed to raise all boats.

Which leads to Putin’s Eurasian Union, a Moscow-led Dictators ‘R Us club.  Maybe after gobbling up Crimea, Putin will grab parts of Eastern Ukraine and create a rump Ukrainian state that can bring Ukraine’s industrial heartland into the Eurasian Union. Inside Russia, Putin tighten controls on the press and on the dwindling right to protest. Russia is becoming a big Belarus. The last thing Putin’s authoritarian regime wants is a Slavic success story on its Western border – a thriving democratic Ukraine.

Watch the imposition of Putinism in Crimea: the independent press is shut down, YouTube videos show masked men beating up journalists, and pro-Ukraine rallies are broken up. Sunday’s plebiscite on the future of Crimea looks like a modern version of the various post war votes in Hungary, Poland and Czechoslovakia that “endorsed” forced transitions to communism.

After 7.5 years living in Moscow, my conclusion is that the only language the Kremlin understands is the credible threat of force.

It is no accident that Russian was not the foreign language taught on the eastern bank of the English Channel from 1950 to 1990.  Boring, but true, it was NATO that stopped Moscow’s expansion westward. Without the credible threat of counterforce, a stop sign is just an annoyance to a Russian tank. Just look at Crimea.  Today, were it not for NATO, the Russian bear would sneeze and blow the democracies of Estonia, Latvia and Lithuania into the Baltic Sea.

As a New Englander, I know that good fences make good neighbors, (See Robert Frost poem). But the Russian people largely inhabit a large plain, with few mountain ranges (fences) to protect them. Over the centuries, Russia’s borders have expanded and contracted like an amoeba.

With Russia’s occupation of Crimea, a new chapter opens in the relations between Russia and the West.

I am leaving to others more eloquent than I to chronicle this new chapter.

I write these lines while on vacation in Mae Sot, Thailand, on the Burmese border.

On March 17, I start a new job, as editor-in-chief of The Cambodia Daily, a privately owned newspaper printed in English and Khmer, with an editorial staff of 50. So I am trading Moscow for the Mekong. My best wishes to all my readers of the last three years! 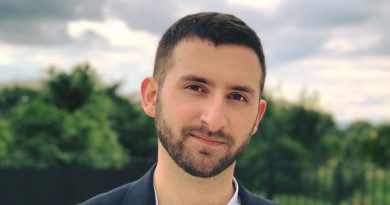