The European Bank for Reconstruction and Development (EBRD) has revised its forecast for economic growth in Bulgaria for 2022 to three per cent, according to the EBRD’s Regional Economic Prospects September 22 report.

“Due to the robust performance in the first half of the year, GDP growth has been revised up for 2022 to three per cent, but uncertainty over gas supply, weakening domestic and foreign demand amid high inflation and deterioration of confidence, as well as political uncertainty, could translate into modest growth of 1.5 per cent in 2023,” the EBRD report said.

The new projection for 2022 is 0.5 points higher than the EBRD forecast in its May report, but the figure for 2023 has been reduced by 1.5 points.

The report said that Bulgaria’s economy expanded by 4.2 per cent in 2021, and remained quite resilient in the first half of 2022 with growth of 4.5 per cent year-on-year, driven by strong accumulation of inventories, private and government consumption.

Private consumption also expanded by 4.2 per cent year-on-year in the same period, but momentum has declined amid rising inflation and decreasing consumer confidence Investment declined sharply in the second quarter, as firms confront increased uncertainty, and was 14 per cent below pre-pandemic levels, the EBRD said.

Nevertheless, industrial production increased by almost 17 per cent year-on-year in the first half of 2022, as manufacturing remained resilient in spite of the Russian gas shutdown since April 2022, the report said.

“Inflation has significantly worsened, reaching 17.3 per cent in July 2022, and above 20 per cent for food, utilities and housing, transport and restaurants and hotel prices.”

The government’s main measure against rising energy costs is full compensation of firms’ electricity bills above 125 euro/MWh, the report said.

Households have been protected by means of regulated prices, and pensions were increased by 10 per cent in July 2022.

“The ongoing political crisis may cause delays in the absorption of the second disbursement of the EU’s Recovery and Resilience Facility,” the report said. 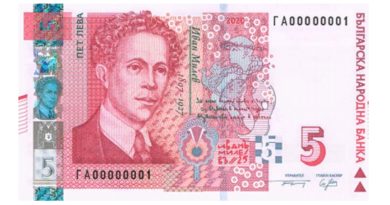