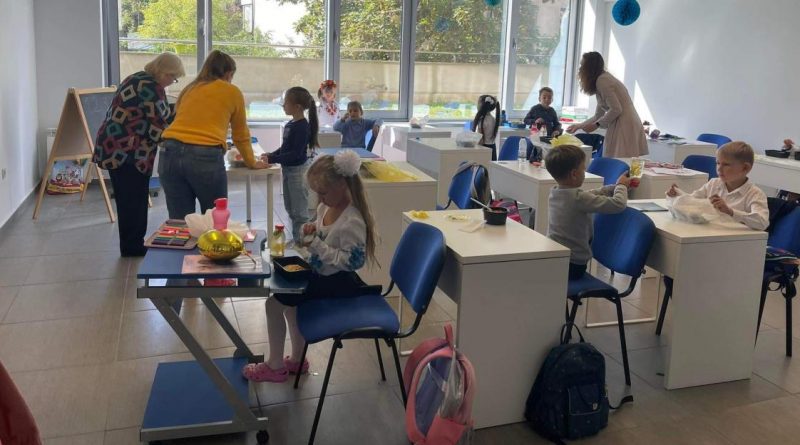 The first Ukrainian educational centre in Bulgaria’s capital city Sofia has opened, aimed at providing access to education for children displaced by Russia’s war on their country.

A media statement said that opened on September 15, the centre enables children fleeing the war in Ukraine to learn the Ukrainian curriculum, in a home schooling mode, but in physical classrooms, with the help of Ukrainian teachers.

The centre is the result of an initiative by the Open Doors Situation Centre, which for several months has been looking for the most appropriate options for providing alternative access to education that is closer to a real learning environment.

Communications co-ordinator Joana Bestyuk said: “For many Ukrainian parents, enrolling their children in a Bulgarian school is tantamount to accepting that there is no hope of ever returning home.

“In addition, the differences in the curriculum, the language barrier, the fragile emotional state as a result of the trauma caused by the war and resettlement, are huge obstacles on the path of Ukrainian children to education in Bulgaria,” she said.

The Ukrainian educational hub, in Slivnitsa Boulevard in Sofia, has 10 classrooms. It offers full-day training, which also includes lessons in Bulgarian language and culture.

The statement said that the centre still needs basic equipment without which the educational process cannot take place.

During the delivery of a large number of computers from Germany, the van caught fire, but the equipment was saved. Volunteers are needed to make it usable.