Bulgaria’s utilities regulator has approved a 60 per cent increase in gas prices in the country for the month of August, setting the new price at 297.89 leva a MWh, excluding transportation costs, excise and value-added tax.

The Energy and Water Regulatory Commission (EWRC) said that the price hike was the result of global shortages caused by the Russian invasion of Ukraine, which have resulted in dwindling Russian supplies and increased market uncertainty.

EWRC said that despite the latest increase, with the new price being about 152 euro a MWh, Bulgarian consumers will pay less than the price on European gas hubs, with the regulator noting that the Dutch TTF benchmark price recently hit 212 euro a MWh.

“The main reason for the lower price in Bulgaria is the favourable price conditions in the contract for gas deliveries with Azerbaijan,” the regulator said in a statement.

“Part of the quantities delivered are at a significantly lower price and are not linked to prices on international hubs, but oil prices for the previous six months,” EWRC said.

EWRC re-iterated its earlier recommendation to state-owned gas company Bulgargaz that it should do its utmost to “guarantee the security of deliveries and price stability for Bulgarian household and industrial consumers.” 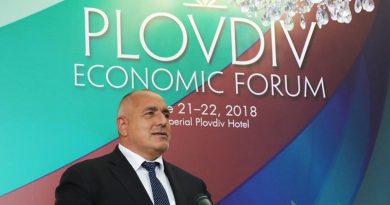