Hoteliers from Bulgaria’s Black Sea resort of Sunny Beach and Ukrainian refugees protested on July 19 because of delays in payments from the state under a programme for accommodating the refugees.

This was the latest such protest by hoteliers in various parts of Bulgaria’s Black Sea coast in recent days over the delayed payments issue.

“The state is not fulfilling its commitment under the programme. The situation is critical,” Radostin Dachev, a hotelier from Sunny Beach, told Bulgarian National Radio.

“Under the first programme, there are partially unpaid amounts for the months of March and April to some hoteliers and no payment for May to any of the hoteliers,” Dachev said.

According to the second programne, that took effect from June 1, according to which sums of 10 or 15 leva per person per day are to be paid out, depending on whether with meals or without, no funds have been paid either, he said.

“Colleagues take out bank loans to maintain their facilities and pay for electricity, water and food. It is intolerable,” Dachev said.

On July 17, the Bulgarian Hotel and Restaurant Association (BHRA) said that it had written to outgoing Prime Minister Kiril Petkov, Deputy PM and Finance Minister Assen Vassilev and the head of Parliament’s committee on tourism Ilin Dimitrov, with a copy to Tourism Minister Hristo Prodanov, after receiving many complaints from BHRA members about unpaid amounts.

Prodanov told bTV on July 19 that the funds for the months of March and April under the programme would be paid by the end of the week.

In a statement on July 18, the Tourism Ministry said that it had to process a huge amount of data on the participants in the first programme, also attributing the delay to having to review applications with corrections and unreported nights from previous periods.

The ministry said that checks were carried out through lists provided by the State Agency for Refugees, the Border Police and the National Revenue Agency.

“It should be taken into account that until April 15, the registers counted Ukrainian citizens through the persons’ passports. After that date, the personal number of the foreigner, by which the overnight stays are counted. This circumstance requires additional checks,” the Ministry of Tourism states.

The BHRA July 17 statement said that in regard to the numerous inquiries by its members to the Tourism Ministry about the delayed payments issue “no one from the ministry has given them a meaningful answer as to when they can expect to receive the funds they are owed”.

BHRA head Georgi Shterev said that the association had been told by Dimitrov, in response to its inquiries, that the funds owed to hoteliers would be voted on at a regular Cabinet meeting on July 20.

According to the most recent update on the Bulgarian government’s dedicated portal on Ukrainian refugees who have temporary protection in Bulgaria, a total of 25 605 are currently accommodated.

Figures on the portal showed that since the February 2022 start of Russia’s current war on Ukraine, 450 131 Ukrainians had entered Bulgaria, and 87 245 remained in the country. 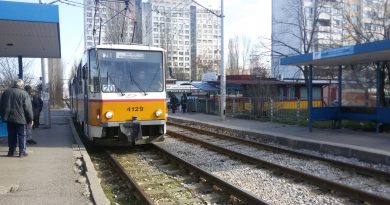 EU funding for upgrade of tram lines in Sofia