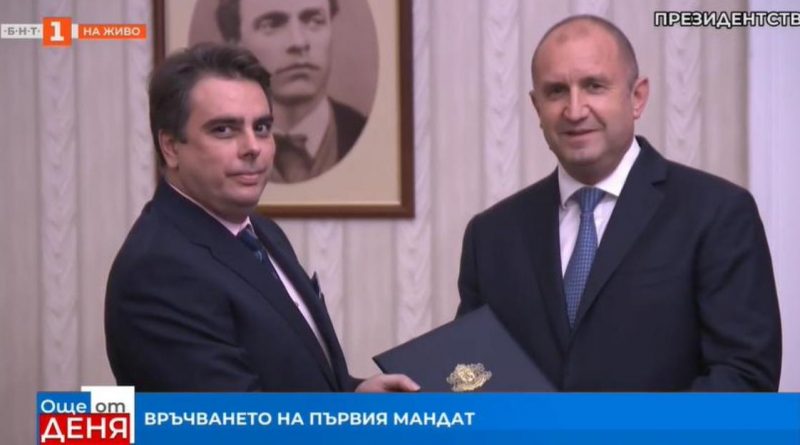 Bulgarian President Roumen Radev on July 1 handed Assen Vassilev, named earlier in the day as the prime ministerial candidate of the We Continue the Change (WCC) party that he co-leads, a mandate to seek to form a government.

In accordance with the constitution, Vassilev has seven days – until next Friday at 5pm – to present Radev with a proposed government to be voted on by Parliament.

Returning the mandate unfulfilled will mean a second and third round of mandates. If they prove fruitless, Bulgaria will head to early parliamentary elections.

Petkov’s announcement followed the refusal by the Bulgarian Socialist Party (BSP) to countenance a proposed government with Petkov at its head.

After Petkov’s announcement, BSP leader Kornelia Ninova said that her party would resume talks with WCC. Apart from other policy issues, BSP and Petkov – who is to be WCC’s chief negotiator – are deeply at odds over his announcement of the expulsion of 70 Russian diplomats, which Ninova’s party opposes.

At the brief ceremony at the Presidency, shown live on public television, Vassilev told Radev: “For me, this is a huge responsibility.

Apart from the BSP, WCC is also seeking support from Democratic Bulgaria and what Petkov has described as independent MPs.

Democratic Bulgaria co-leader Hristo Ivanov said on July 1 that the nomination of Vassilev to be Prime Minister was a “sovereign decision of WCC” and had not been discussed in advance.

Petkov has ruled out talks with the leadership of GERB, the Movement for Rights and Freedoms, ITN and pro-Russian Vuzrazhdane.

Parliament’s second-largest party, GERB, on July 1 ruled out talks with WCC on a proposed government, with GERB deputy leader Tomislav Donchev saying that for the party, Vassilev and Petkov were “persona non grata” (erroneously using the singular instead of the plural).

GERB has said that if matters reach the stage of a second mandate being handed to it, as the constitution entitles it as Parliament’s second-largest group, it will return it immediately without trying to get a government elected.

Though WCC has not invited it for talks, ITN said on July 1 that it would not accept a proposed government that included Vassilev and Petkov.

Current political events were set in train by, in early June, ITN leaving the ruling coalition that came to power in December 2021, and which was voted out of office in a parliamentary motion of no confidence later in June.