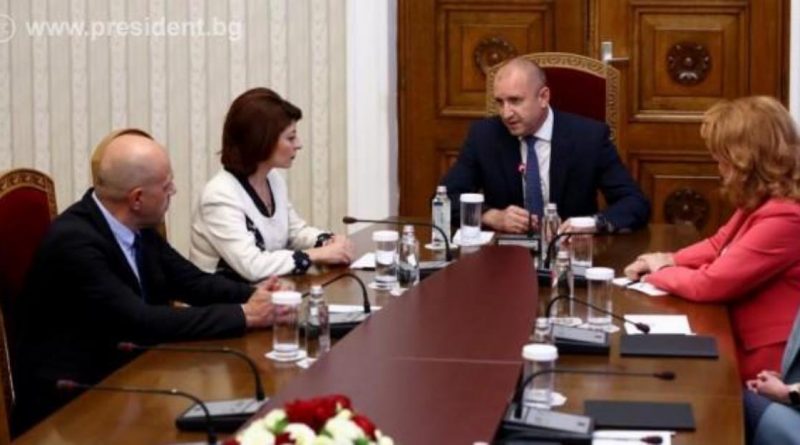 Bulgarian President Roumen Radev’s round of political consultations with parliamentary groups, ahead of handing over a mandate to seek to form a government, got off to an unpromising start on June 27 when two of the four he invited declined to attend.

The Kiril Petkov-Assen Vassilev We Continue the Change (WCC) party, which as the largest parliamentary group is entitled by the constitution to be the first to receive a mandate to form a proposed government, declined to attend because its members were busy at a meeting of the parliamentary budget committee.

It was agreed that WCC would meet Radev on July 1, after he returns from attending the Nato summit in Madrid. The delay in the consultations pushes back by several days the start of the mandate-handing process.

Parliament’s fourth-largest group, the Bulgarian Socialist Party, cited the same reason for not attending a meeting with Radev, with whom its relations, in any case, are antagonistic.

The sole promise at this unpromising start to the process was the GERB-UDF group, which as the second-largest parliamentary group will receive a mandate if the WCC attempt fails, saying that it would not try to form a government.

“We will return the mandate as soon as possible so that consultations can begin on handing over the mandate to a third political force of your choice,” GERB-UDF parliamentary leader Dessislava Atanassova told Radev.

GERB deputy leader Tomislav Donchev, who also attended the talks with Radev, said: “The resignation of the government is not the beginning of this crisis. There is no potential for forming a principled coalition in this Parliament”.

After the meeting, Atanassova told reporters: “It is too early to make forecasts, the first mandate can gather support, this issue is not up to us, we are in opposition, no one wants to talk to us now”.

Donchev described the no-shows by the WCC and BSP as disrespect to the institutions of state.

Meeting Radev, Movement for Rights and Freedoms leader Mustafa Karadayi said that the latest political crisis was the natural conclusion from “politics based on lies and hatred”.

Finding a way out of the political crisis was a precondition for finding a solution to other crises, Karadayi said.

Speaking to reporters after meeting Radev, Karadayi said: “It is impossible to form a government”.

Radev’s consultations are scheduled to continue on June 28 with meetings with representatives of Slavi Trifonov’s ITN party, Democratic Bulgaria, and finally, the smallest group in Parliament, pro-Kremlin Vuzrazhdane.

(Photo, of the meeting between the GERB delegation and Radev: president.bg)