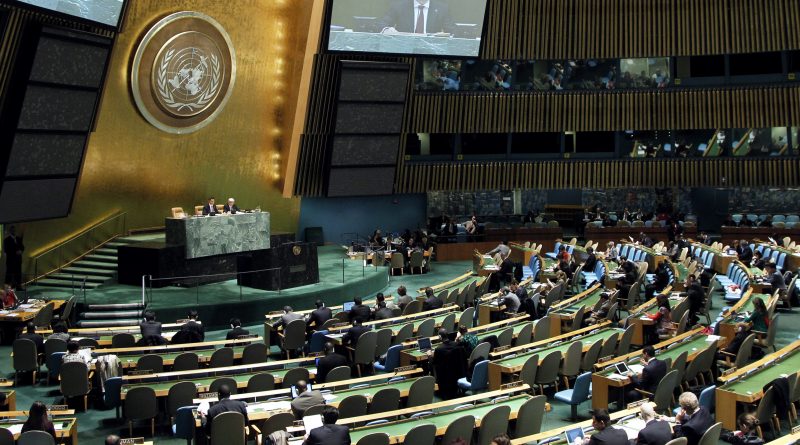 The United Nations General Assembly adopted a resolution on April 7 calling for Russia to be suspended from the Human Rights Council, the UN news service said.

The resolution received a two-thirds majority in the 193-member Assembly, with 93 nations voting in favour and 24 against.

Fifty-eight abstained from the process, the UN news service said.

The meeting marked the resumption of a special emergency session on the war in Ukraine and followed reports of violations committed by Russian forces.

This past weekend, disturbing photos emerged from the city of Bucha, a suburb of the capital, Kyiv, where hundreds of civilian bodies were found in the streets and in mass graves following Russia’s withdrawal from the area.

Prior to the vote, Ukrainian ambassador Sergiy Kyslytsya urged countries to support the resolution.

“Bucha and dozens of other Ukrainian cities and villages, where thousands of peaceful residents have been killed, tortured, raped, abducted and robbed by the Russian Army, serve as an example of how dramatically far the Russian Federation has gone from its initial declarations in the human rights domain. That is why this case is unique and today’s response is obvious and self-explanatory,” he said.

Gennady Kuzmin, Deputy Russian ambassador, called for countries to “vote against the attempt by Western countries and their allies to destroy the existing human rights architecture.” the UN news service said. 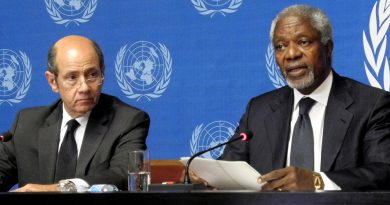