Bulgarian authorities have issued the Code Orange warning of dangerous weather for three districts for December 7 because of forecast heavy rain and strong winds.

Seventeen districts are subject to the lesser Code Yellow warning of potentially dangerous weather, variously because of forecast snow, rain and strong winds.

The remaining eight districts in Bulgaria are not subject to a weather warning for December 7. 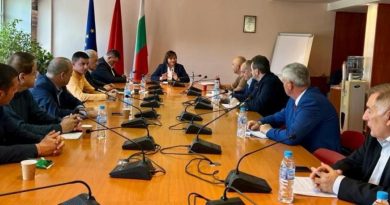