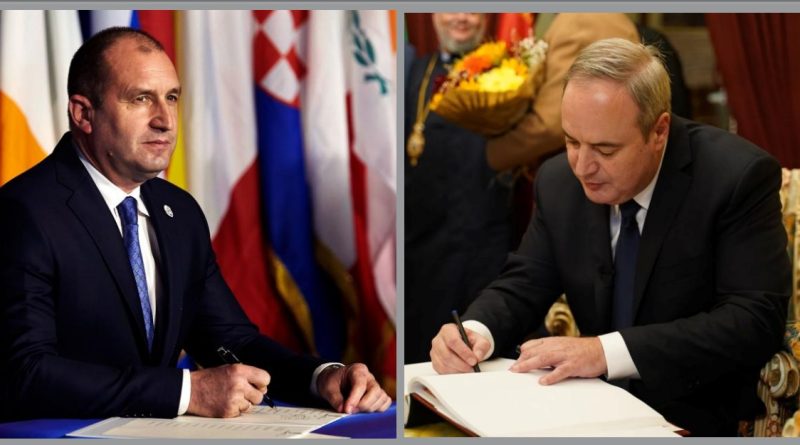 Incumbent President Roumen Radev has 48 per cent support among those intending to vote and who have chosen whom to support in Bulgaria’s November 14 presidential elections, according to the results of a poll released by the Exacta Research Group two days before the elections.

If that proves to be Radev’s result on Sunday, it would mean a second-round presidential election on November 22, between him and the candidate with the second-largest share of votes.

In second place is GERB-backed Anastas Gerdzhikov, who has 27.9 per cent support, according to Exacta’s poll.

While support for Radev is unchanged compared with the results of Exacta’s previous poll, done from October 29 to November 5, support for Gerdzhikov has increased slightly, from 27.1 per cent.

In third place is Movement for Rights and Freedoms leader Mustafa Karadayi, with nine per cent, up from 7.5 per cent in the previous poll by the agency.

Fourth is Lozan Panov, backed by the Democratic Bulgaria coalition. Support for Panov has decreased from seven per cent in the previous poll to a current 6.8 per cent.

Fifth is Vuzrazhdane leader Kostadin Kostadinov with 2.4 per cent and sixth VMRO candidate Milen Mihov with 2.3 per cent.

Support for the remaining 17 tickets in Bulgaria’s 2021 presidential elections is so small that they were grouped together by the agency as “other” – 3.2 per cent.

Exacta said that Radev had full support from Bulgarian Socialist Party voters and close to 90 per cent support from Slavi Trifonov’s ITN party voters, as well as from “Rise Up Bulgaria! We’re Coming” voters. Eighty-six per cent of the Kiril Petkov-Assen Vassilev We Continue the Change party voters declared support for Radev.

Gerdzhikov was supported by 90 per cent of GERB voters, and some of those who support Democratic Bulgaria and the VMRO.

Ninety-seven per cent of Movement for Rights and Freedoms voters support Karadayi’s candidacy, while two-thirds of Democratic Bulgaria voters said that they backed Panov.

The Exacta Research Group poll was done from November 6 to 9 among 1025 adult Bulgarian citizens in 91 settlements. The poll used a stratified two-stage sample with quotas for main socio-demographic characteristics, which reproduces the structure of the population by place of residence, gender and age. The methodology was a direct semi-standardised face to face interview. The margin of error is plus-minus three per cent. The poll was funded by Exacta Research Group.